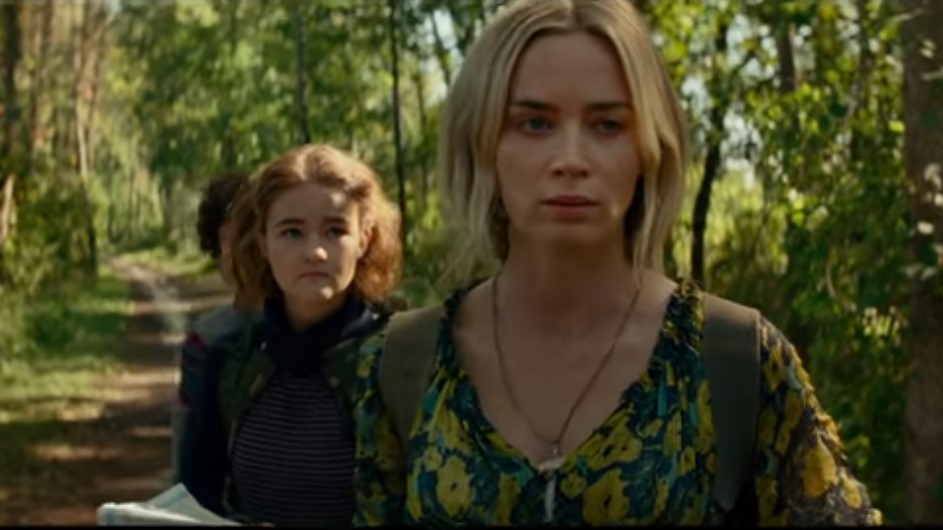 A Quiet Place, starring John Krasinski and Emily Blunt, was a huge hit for the studio grossing $340 million worldwide on a minuscule budget of around $20 million.  It was obvious since that summer a sequel would be in the cards, even as imitators began flooding the (mostly streaming) market (we’re looking at you, Bird Box.)  Here is the official synopsis of A Quiet Place II from the studio:

Following the deadly events at home, the Abbott family (Emily Blunt, Millicent Simmonds, Noah Jupe) must now face the terrors of the outside world as they continue their fight for survival in silence. Forced to venture into the unknown, they quickly realize that the creatures that hunt by sound are not the only threats that lurk beyond the sand path.

Krasinski will be directing this time around, as Blunt, Millicent Simmonds and Noah Jupe reprise their respective roles.

The first movie was also a big hit critically, with the film making numerous top 10 lists for 2018 including several here at HNN.  A Quiet Place II will be released on March 20, 2020;  but in the meantime, this teaser will build anticipation to the first official trailer’s big release on January 1st!