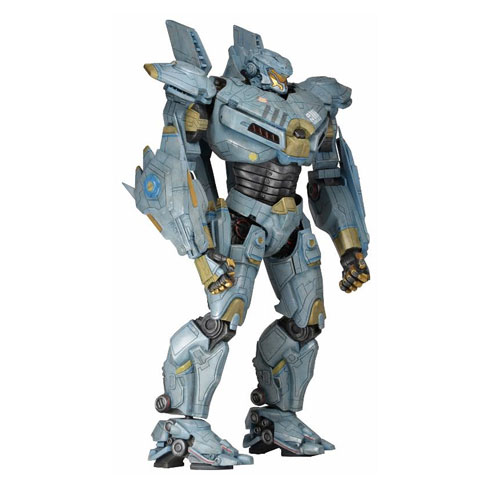 Australia’s Striker Eureka is the biggest and heaviest 18-inch Scale Jaeger figure yet. Featuring blue and red LED lights in the head and chest, the Pacific Rim Striker Eureka Jaeger 18-Inch Scale Action Figure has been made with exacting detail from the actual digital files utilized by ILM in the creation of the film.