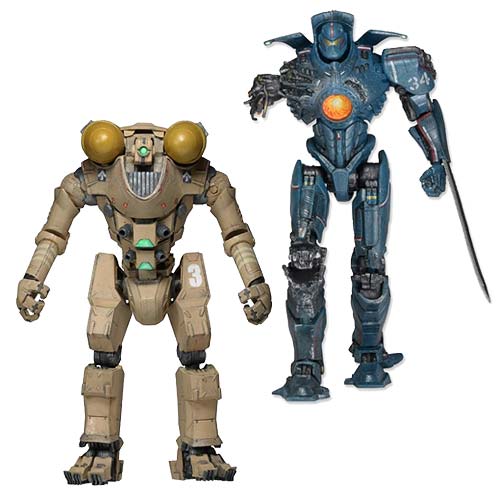 NECA’s Pacific Rim toy line continues with Series 6, featuring a couple of amazing Jaeger action figures. Each 7-inch scale figure features over 20 points of articulation and incredible detail. Reactor Blast Gipsy Danger features battle damage and uses the updated tooling introduced in Series 5. It comes with chain-sword accessory and an attachment that recreates a blast from the nuclear reactor in its chest. The fan-requested Horizon Brave is a Mark-1 Chinese Jaeger and one of the first Jaegers ever constructed. Highlights of its battles appear in newsreels during the prologue to Pacific Rim. Horizon Brave features a spring-loaded missile launching mechanism. Both Jaeger figures were created from the actual digital files utilized by ILM in the creation of the film.