‘Over 9000 Zombies!’ Now Available on STEAM – Trailer Inside

The zombie hit squad indie developer Loren Lemcke and independent publisher Mastertronic have issued a global public warning of an outbreak of deadly new updates for Over 9000 Zombies! on Steam Early Access.

Authorities have painted a new and more dangerous picture of the zombie apocalypse. In official documents leaked earlier today, a number of significant changes were discovered which could spell the end of prior safeguards and mean all zombie contingency game plans must be reassessed. Tons of AI enemies powered by Zombie Swarm Intelligence are launching themselves in marauding hordes. The public are warned to strengthen their tactics as the fight for survival is heating up. The zombie hit squad have released a public emergency broadcast and are issuing survival tips and advice to blast the fiendish pests.

Utilise the new Damage Per Second and Kills Per Second visual meter to help you navigate your way through the marauding hordes. Upgrade four new powerful attributes to aid you in your zombie slaying missions and determine how far you can go. Durability increases your maximum hit points and regenerates a small amount of health points. Carnage will increase the amount of damage you can cause but will lower your reload time. Select Resourcefulness to increase your ability to salvage scrap metal, the hit points recovered from health packs and the number of grenades collected. Increase your chances of survival by selecting Engineering, which upgrades your turrets’ firepower and strength.

Build new turrets and create barricades to keep zombies from wreaking havoc but keep exits clear. A more focused and concentrated survival map means the ghastly ghouls spawn outside the bounds of the compound. Call for reinforcements with cooperative multiplayer that allows friends to join your murderous top-down shooter missions against the multitudes of zombies.

Loren Lemcke, Head Sniper, cautioned: “The zombie horde wants to consume more than just our flesh and our brains. They want to consume our society, our culture and the qualities that make us distinctly human. Never in any conflict, has there been so much at stake. The struggle to survive must continue.”

Stuart Morton, Producer, Mastertronic squadron, commented: “Since the launch of Over 9000 Zombies! on Steam Early Access we have seen plenty of feedback, which has been great and has led us to re-evaluate the map and design something a little more focussed on the game’s strengths.  Combined with the new skills system, this means killing the hordes is now even more fun!”

Over 9000 Zombies! is available on Steam Early Access for Windows PC. Get 50% off now on Steam. 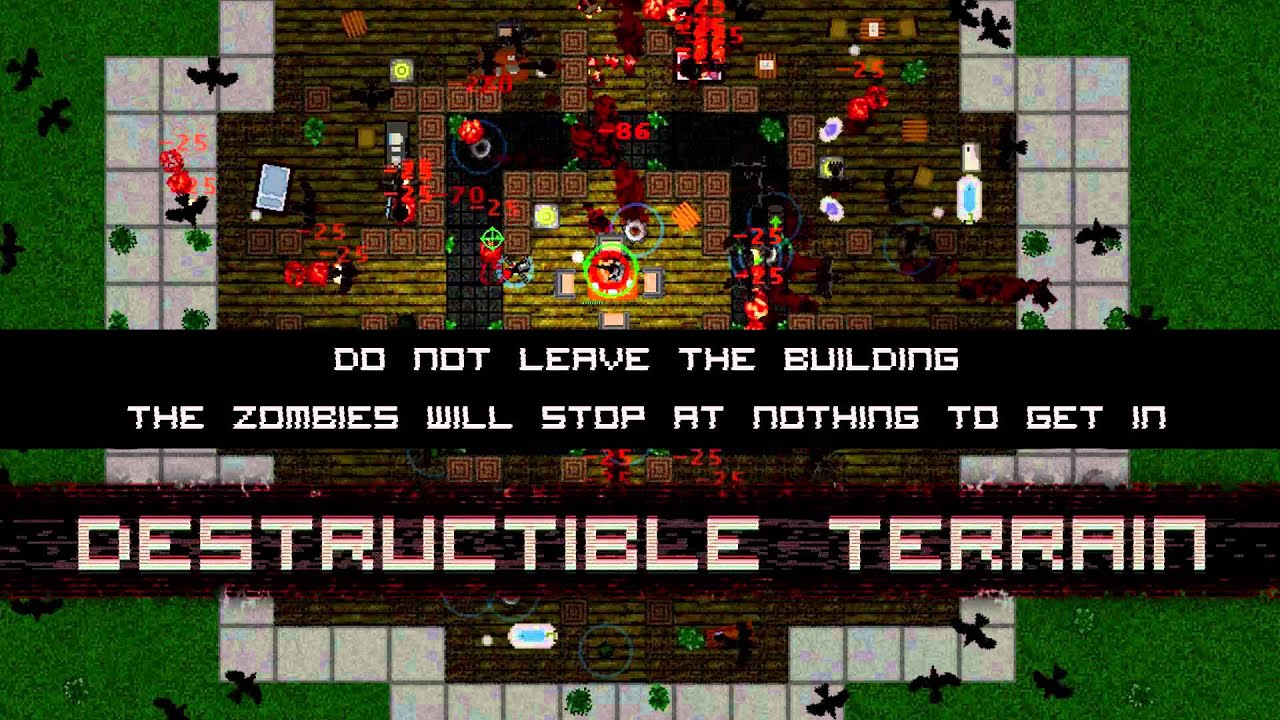