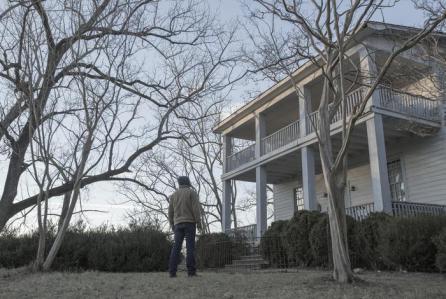 OUTCAST to Premiere In 61 European & African Markets Via Facebook Live

Fox will simultaneously premiere Robert Kirkman’s Outcast via Facebook Live in 61 countries.   May 20 episode 1 of the series will debut, at 10PM Central European Time, across the region, including the UK, Italy, Spain, Poland, South Africa, Germany, Sweden and Turkey.   It will begin airing regularly starting June 3 on Fox.   The series, which is already renewed for a second season, will premiere in the U.S. June 3   on Cinemax.

Outcast centers around a man, Kyle Barnes (Patrick Fugit), who has been plagued by demonic possession all of his life.   Now, he sets out on a journey to find answers so he can finally live a normal life, with the help of Reverend Anderson (Philip Glenister), who has his own personal demons. What he finds may change his fate, and the world’s, forever.