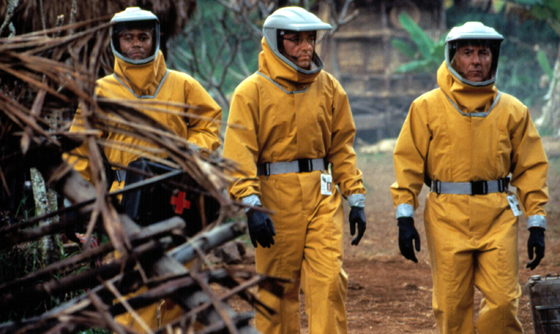 Outbreak TV Series In The Works

Deadline is reporting that John Wells and Jack Orman are reuniting with NBC for a new high-profile medical drama project. The network has given a pilot production commitment to Outbreak, an hourlong series based on the hit 1995 Warner Bros feature directed by Wolfgang Petersen and starring Dustin Hoffman, Morgan Freeman and Rene Russo.

Co-written by Wells and Orman, Outbreak is described as a medical thriller that follows an ensemble of characters as they race to contain a lethal virus before it becomes a global pandemic.

We will have more info on this as soon as it becomes available.