A new take on one of the truly iconic figures in horror history can now fit on your bedroom shelf–thanks to Funko.

Leatherface from the 1974 classic The Texas Chain Saw Massacre will be getting another Funko Pop! figure, as reported by cbr.com, complete with an accompanying keychain. Check out the images of the collectibles on this page.

Funko just wrapped up its annual Funkoween event–in recognition of reaching the year’s halfway point to Halloween–and recently unveiled the distinctive items. The unique figure is based on Gunnar Hansen’s murderous character in the horror movie, and it wields (of course) the trademark bloody chainsaw and wears a (very necessary) apron.

The Funko Pop! Leatherface–listed at $10.99–is available now for pre-order from select retailers.

The Texas Chain Saw Massacre–directed and produced by Tobe Hooper from a screenplay he wrote with Kim Henkel–follows a group of friends who fall victim to a family of cannibals while they’re visiting an old homestead. The Leatherface character–and some minor story details–were inspired by the crimes of an infamous murder, Ed Gein.

The R-rated film–which starred Marilyn Burns, Paul Partain, Edwin Neal and Jim Siedow, along with Hansen–received some blowback due to its graphic violence, but has become a cult classic through the years. The movie–which pulled in a whopping $31 million domestically on a budget of less than $140,000–gave birth to sequels, prequels, a remake, comic books and video games.

Keep reading Horror News Network for the latest on the phenomenon that is The Texas Chain Saw Massacre. 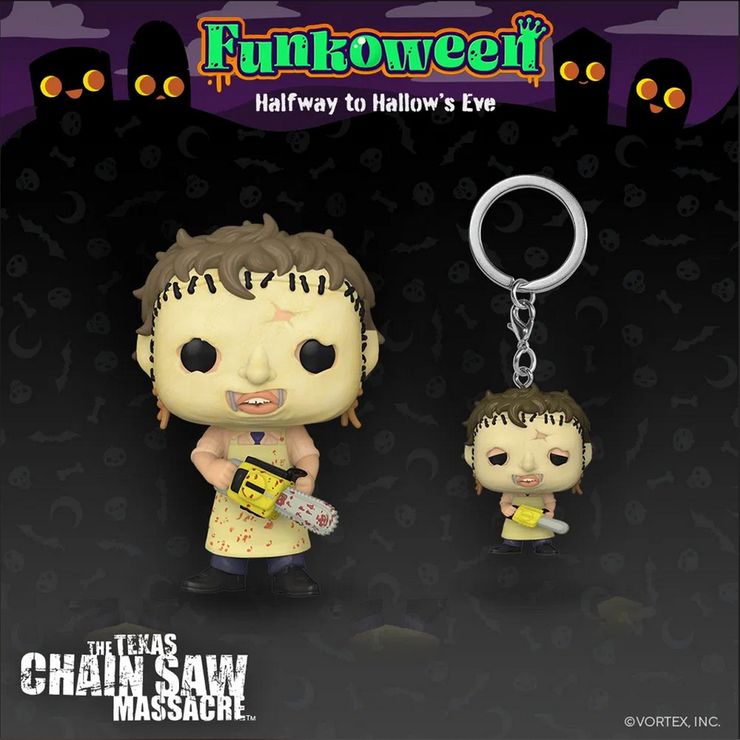