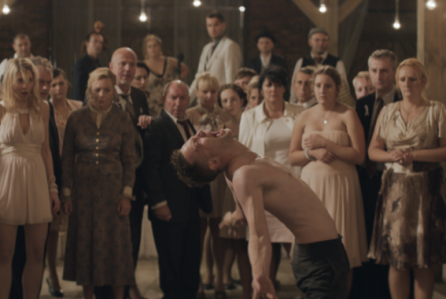 The Orchard has bought the North American rights to the horror-thriller ‘Demon’.   The story is inspired by Jewish folklore and is centered around a man who begins building his new home on property given to him by his fiancee’s grandfather.   However, after they find human bones on the land, strange things begin happening to the couple.

The film was directed by the late Marcin Wrona and Pawel Maslona penned the script. It premiered at TIFF earlier this year.   Orchard planning a theatrical release in 2016.