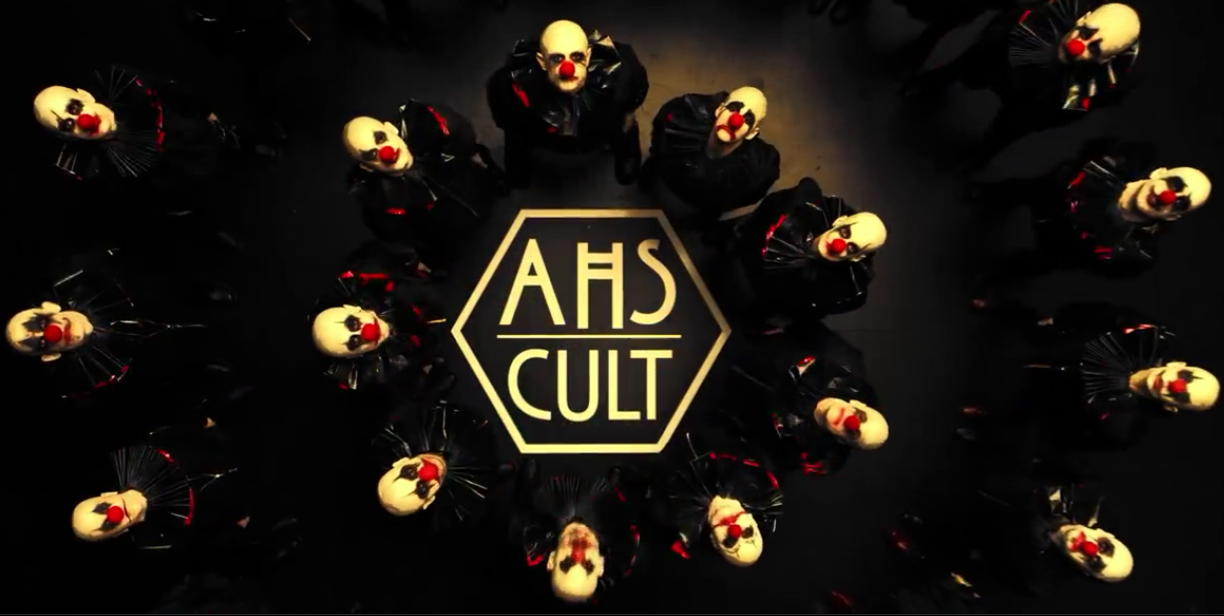 Great news… everyone can finally stop referring to the next season of American Horror Story as “the election-themed season!” The official title for Season Seven was revealed late last night at an event for San Diego Comic Con. The season shall now be known as: American Horror Story: Cult.

Given showrunner Ryan Murphy’s extremely secretive nature surrounding the roll-out of last season, the fact that even just the title was announced at this point in time may be surprising to some fans. But the grand reveal didn’t stop there… FX has also dropped an official website with more content and clues about the upcoming season!

The site currently features a short clip of painted clowns dancing and swaying to the kind of creepy music the series is known for. Towards the end of the clip, the clown in the center begins to spit up a bunch of bees. The clip is entitled “Week One,” and there is a navigation bar on the site which suggests that there will be new content uploaded every week going forward.

So there you have it: cults, clowns, and bees! Maybe someday soon we’ll learn what any of this has to do with the U.S. election. Stay tuned to Horror News Network for more details on the upcoming season of American Horror Story as they break!