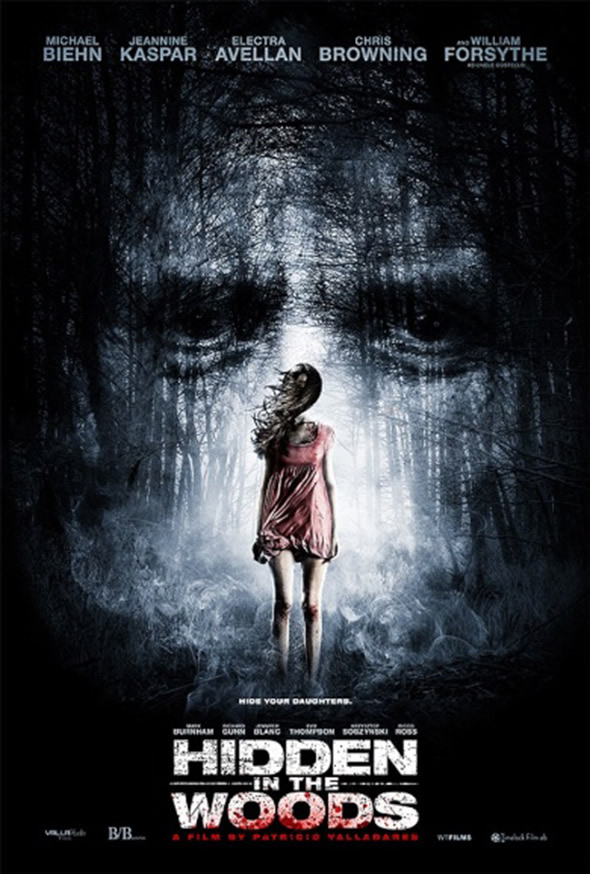 Official One-Sheet for Hidden in the Woods Revealed

Michael Biehn’s (‘The Divide’) mush has been digitally placed in the surrounding woodland in this new official one-sheet from upcoming English language remake of ‘Hidden in the Woods’. Based on Patricio Valladares’ Chilean horror flick of the same name (AKA ‘En las afueras de la ciudad’) the remake sees writer/director Valladares head back behind the camera to lense his US-based redo. Biehn stars and will produce the project which also sees a whole host of performers involved. William Forsythe (‘The Devil’s Rejects’), Krzysztof Soszynski, Jeannine Kaspar (‘Nip/Tuck’), Electra Avelan (‘Machete Kills’) Mark Burnham, Jennifer Blanc (‘The Victim’), Richard Gunn (‘Dark Angel’), Caitlin Keats, Matthew Alan, J. Michael Trautmann, Evie Thompson and Luke Massy (‘Thor’) are all set to star. You can check the new poster below.

“Hidden in the Woods tells the story of two sisters who have been raised in isolation, subjected to the torment of their abusive, drug dealing father. When they finally decide to report him to the police, he kills the two officers and is put in jail. But things go from bad to worse when the girls must answer to their Uncle Costello, a psychotic drug kingpin, who shows up looking for his missing merchandise which is hidden in the woods.”