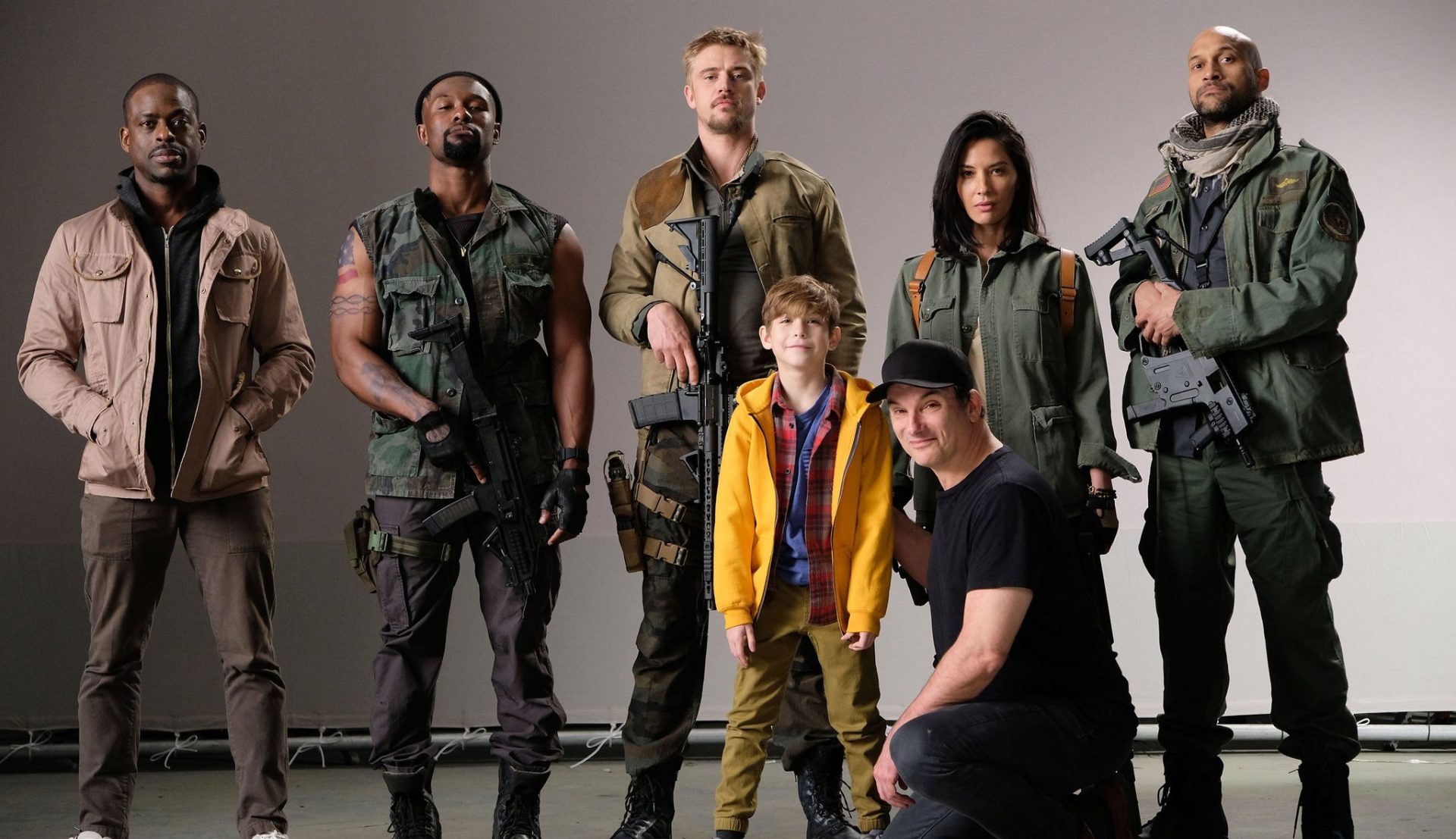 To help celebrate the first day of shooting for The Predator, director Shane Black took to Twitter to post the first official image for the film. The shot features Black and key cast members, and reveals some unique elements to their wardrobe:

Posing with Shane Black in the photo are Sterling K. Brown, Trevante Rhodes, Keegan-Michael Kay, Boyd Holbrook, Olivia Munn, and Jacob Tremblay. As you can see, the deep greens and browns of the original film are still a major part of the cast’s wardrobe.

Black also revealed today that the film will definitely be rated R. This news will likely please fans who are hoping the film will be more like Predator and Predator 2, and less like AVP: Alien vs. Predator.

Stay tuned to Horror News Network for more information on The Predator as it breaks.