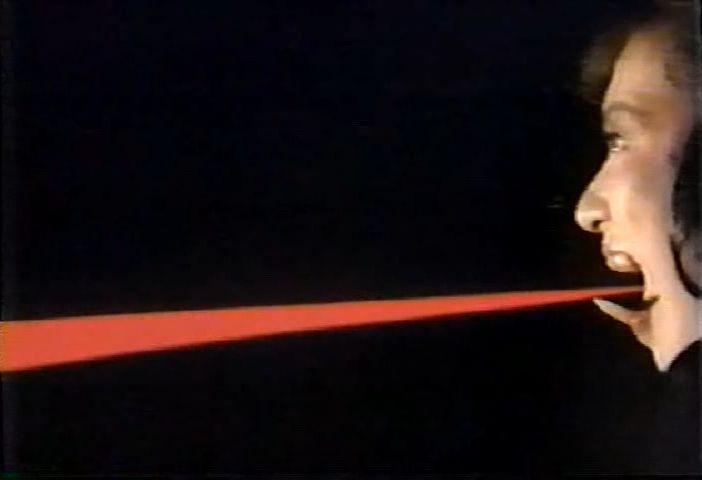 This week’s Obscure Horror Cinema delves into the wonderfully weird world of Hong Kong horror. Mixing ancient folklore with modern anxieties, Hong Kong horror films such as Centipede Horror, The Boxer’s Omen, Seeding of a Ghost, We Are Going to Eat You, and Black Magic contain some of the most grotesque and bizarre imagery ever seen in the horror genre. Case in point: 1977’s The Witch with Flying Head in which a young woman is cursed by a sorcerer to transform into a Penangalan, a vampire like creature that can detach its head, spinal column, and vital organs in order to roam freely at night searching for blood to drink. Not only does this monster have free reign to prey on defenseless infants but also can breathe fire, shoot laser beams from its eyes, and vomit exploding disco balls.  The poor woman can only turn to Buddhist monks to aid her in returning to her normal, attached head existence.  Accessing the same mythology that informs the classic Mystics in Bali, The Witch with Flying Head is the perfect example of the jaw droppingly disgusting but spiritually uplifting species of film known as Hong Kong horror.