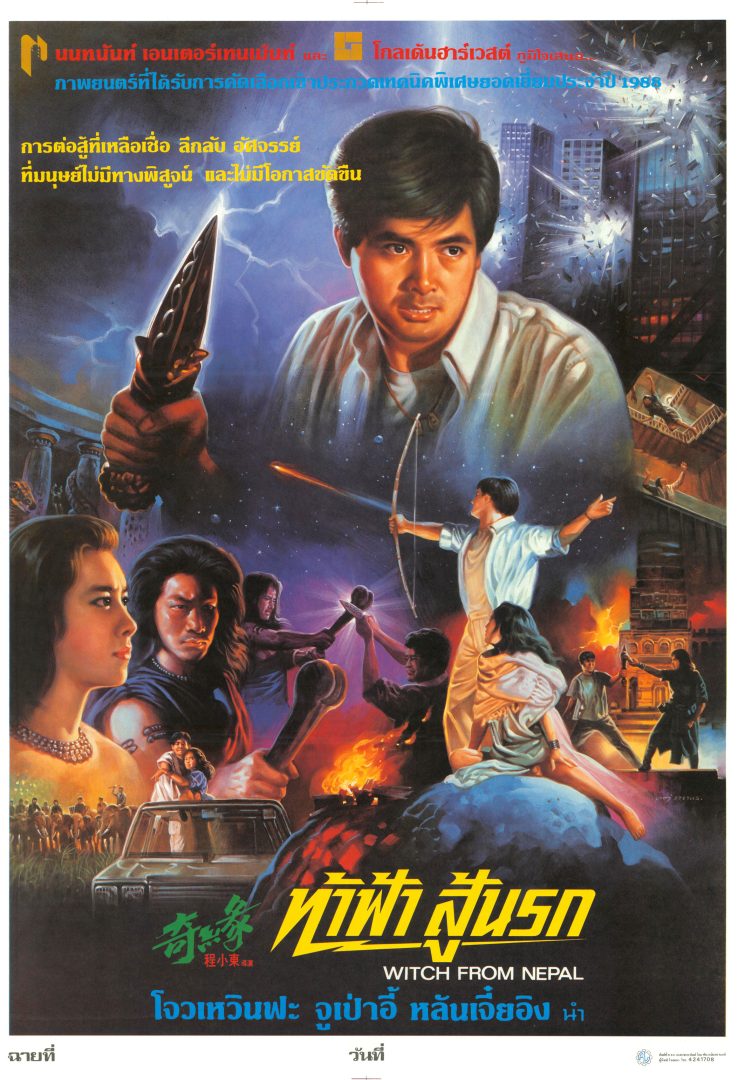 Although the horror film genre took a sharp downturn in the 90’s (well, anything would have been a letdown after the frenzied highs of the 80’s), the action film continued its assent as the most popular type of film into the final decade of the 20th century.  Although the US led the way with the Stallone/Schwarzenegger/Willis trifecta, the rest of the world rose admirably to the challenge of outdoing the usual summer Hollywood blockbuster.  Who could have guessed that the action hero of the 90’s would be an Asian actor who had little of the martial arts prowess of Bruce Lee or Jackie Chan, but did possess the rugged good looks, grace under pressure, and acrobatic gunplay skills to become an international action icon. Leading man Chow Yun Fat and director John Woo teamed up for such genre changing Honk Kong heroic bloodshed epics as Hardboiled, The Killers, and A Better Tomorrow, surely the best action actor/director pairing since Clint Eastwood and Sergio Leone. Chow Yun Fat might have come to world prominence in these bullet operas but he also appeared in a variety of other kinds of films, even horror. That film was 1986’s The Witch from Nepal, a movie which utilizes the spooky mysticism of the Himalayas to gloriously melodramatic effect. The Witch of Nepal begins with Joe (Yun Fat) and his girlfriend vacationing in wondrous Katmandu.  Joe injures his leg and while recuperating has a vision of a beautiful woman, clothed in glimmering white, beckoning to him. Returning to Hong Kong, Joe’s leg gets worse and he is hospitalized. Joe is miraculous healed by the very woman he saw in his Nepalese reveries. The woman is a good witch and needs Joe to return to Nepal to help fight a temple destroying demon, who is threatening the souls of the innocent villagers. Joe falls in love with the witch and its only with a selfless sacrifice that the demon is defeated. Director Ching Siu Tung crafts an extremely effective film that crosses horror with romance and a bit of comedy, taking full advantage of the atmospheric, exotic locales. Hong Kong films often try to please everyone with a smorgasbord of genres, and The Witch from Nepal achieves a great balance of fantasy, the supernatural, and drama as the tension builds over Joe’s the fate of Joe’s soul and his heart. But then again, the demon never had a chance, because no one (except for the talent sucking leeches of Hollywood) could stop the great Chow Yun Fat.