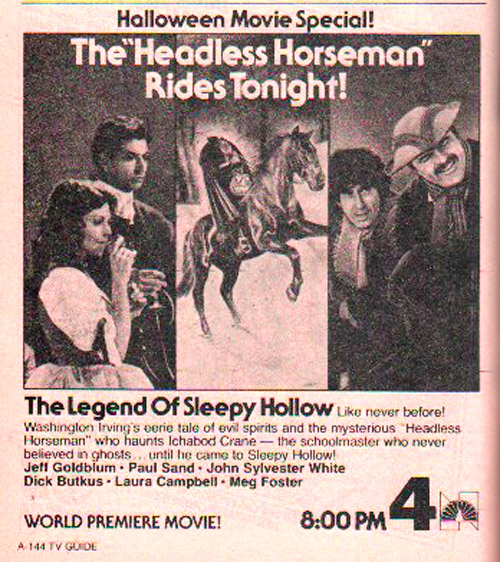 Washington Irving is arguably the first truly American writer. Irving’s style, content, and authorial persona drew from the emerging culture of the United States, a country with roots in the Old World yet attempting to transcend its origins and create a truly new and genuine national character. Irving’s The Sketch Book reflects the changing times of a new nation with stories devoted to this newfangled invention called an American, characters trying to negotiate a fresh political and social landscape that had little time to establish its own folk tales, legends, and lore. Fortunately, Irving found a novel way to link the European ghost story with Yankee pragmatism in “The Legend of Sleepy Hollow.” The beloved tale of Ichabod Crane, Katrina Van Tassel, Brom Bones, and the Headless Horseman has delighted readers for over 200 years and has provided the basis for a number of film, television, radio, and animated adaptations. From Will Rogers’s The Headless Horseman in 1922 to Tim Burton’s 1999 Sleepy Hollow, this perennial Halloween favorite is an entrenched part of America’s All Hallow’s Eve traditions.  One of the best versions is Henning Schellerup’s 1982 TV movie starring Jeff Goldblum, Meg Foster, Dick Butkus, and, Mr. Woodman himself, John Sylvester White. Taking some necessary liberties with the story, this adaptation invokes a wonderful Colonial atmosphere with authentic period dress, architecture, and setting, beautifully portraying Irving’s haunted hollow. Best of all is Goldblum’s perfect performance as Ichabod Crane, the lovably gawky schoolmaster who actually gets the girl in this version.