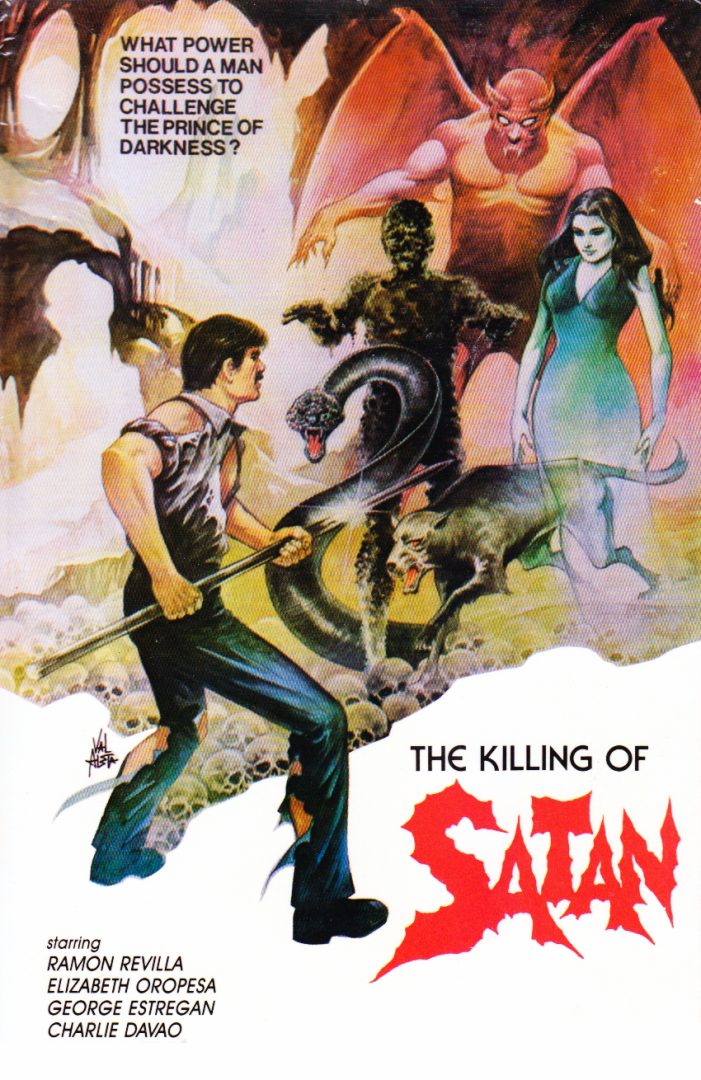 Have you ever pondered the metaphysical question of why does evil exist in our world? Who is to be blamed for the horrible things that happen to good, innocent people? Is it just chance, accident, and coincidence or is there an intelligent, malevolent force behind the sinister machinations that plague humanity? Most importantly, is there anyone tough enough to roundhouse kick that malevolent force in the teeth? The 1983 film The Killing of Satan answers only one of these ontological questions but manages to stuff enough gonzo nuts scenes, craptastic special effects, and continuity errors to keep even the Pope interested. Efren C. Pinon’s Filipino Christian horror film focuses on the epic battle between a good but simple man and Satan’s minions, minions that can shoot lasers from their hands, perform wicked wrestling moves, and abduct all the most beautiful women in the village. This of course culminates in a final karate showdown with Lucifer himself with the souls of all the villagers hanging in the balance. The Killing of Satan is one of those movies that shouldn’t exist but does, and just like the tragedies we all have to endure will make you a better person for having lived through it.