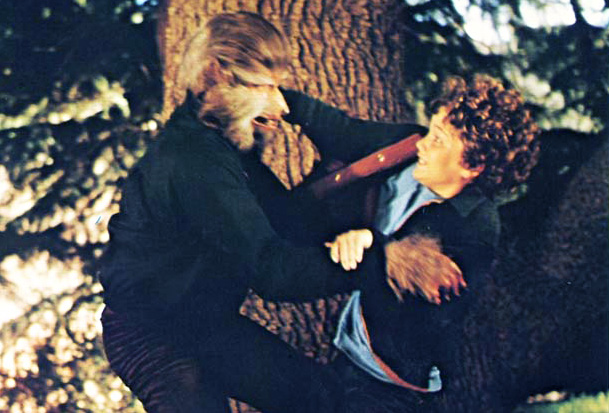 Not to be confused with the 2010 Nickelodeon remake,  The Boy Who Cried Werewolf is from that great horror year 1973 and boasts a story that all horror kids can identify with: a boy suspects that his father has been turned into a werewolf after dear old dad is attacked by a crazed drifter on a camping trip, but no one will believe him.  As people start to end up viciously mauled to death, the boy realizes he must enact Freud’s Oedipal complex and stop his lycanthropic dad permanently.  The Boy Who Cried Werewolf is a surprisingly suspenseful and somber film, portraying the awkward and often fearful change from childhood to adulthood. The pre-teen protagonist has to deal with his parents’ divorce, a child psychologist, and a werewolf while starting puberty. The werewolf make-up and transformations are at about Naschy levels but the acting performances and atmospheric direction from Nathan H. Juran are above average. Plus you get to see a bunch of hippies dispatched by a werewolf.