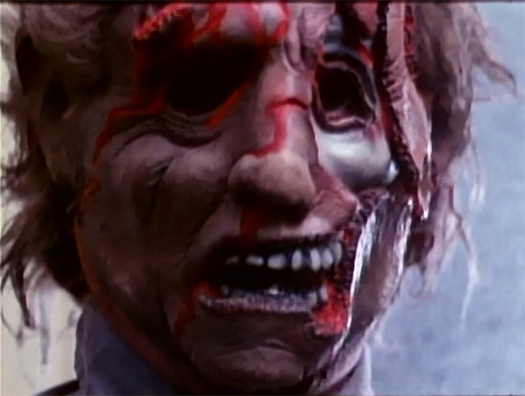 Though the so called “slasher” film quickly became one of the most imitated and uninteresting sub genres of horror, proto-slashers and those that were released in the immediate wake of the iconic Halloween are often quirky, unconventional, and very weird. These excursions into the realm of the psycho killer are often truly shocking and unpredictable because they were made before the rules of the slasher film became canon circa 1981 with Friday the 13th Part II. One of these early slashers is 1979’s Savage Weekend. Though it may have a familiar backwoods setting, the nihilistically bitter tone of the film is often worse than the actual killings portrayed in the movie. Beginning with a tense scene of post divorce awkwardness, Savage Weekend follows a group of uncouth urban New Yorkers upstate where the locals don’t take kindly to their uppity ways, especially a weirdo who hangs out in a graveyard with his dead brother and brands his wife with the letter “H” (for whore, of course). The vacationing couples have lots of outdoor sex and tease the already worked up yokels who work for them. Though this may sound like a hundred other 80’s horror flicks, Savage Weekend sticks to you like pond scum right until the final duel to the death between a chainsaw and machete. Director David Paulsen slathers on the sleaze but its the performance of William Sanderson as Otis (channeling the same characteristics that would bring him worldwide acclaim as Larry, brother of Daryl and Daryl in Newhart) that totally steals the show. No one plays an unhinged bumpkin like Sanderson. Though perhaps not on the same level as The Burning or The Final Terror, Savage Weekend is well worth a view and a shower afterwards.