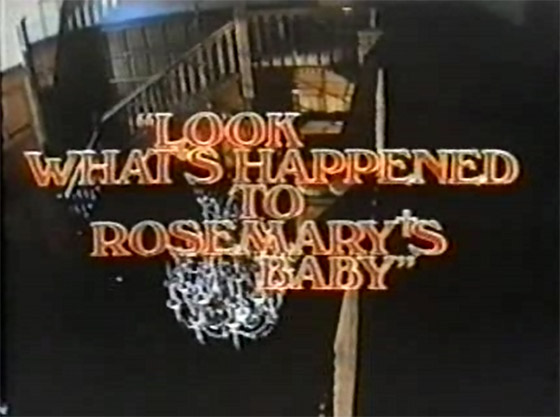 This week’s forgotten horror film is the ABC Made for TV movie Look What’s Happened to Rosemary’s Baby. Yes, a sequel to the Roman Polanski masterpiece that follows little Adrian through his satanic childhood to satanic adulthood.  Actually more of a melodrama with horrific elements,  Look What’s Happened to Rosemary’s Baby has almost no stylistic connections to the moody original with the exception of Ruth Gordon reprising her role as Minnie Castevet. This sequel seems to be more inspired by The Omen than the original Rosemary’s Baby. If you can appreciate 70’s kitsch, than this movie is highly enjoyable with appearances by Patty Duke, Tina Louise (Ginger from Gilligan’s Island), and Donna Mills as well as scenes of a supernaturally besieged synagogue, a possessed bus, a gang of bikers, a coven of groovy Satanists, and the threat of Rosemary’s grand-baby!