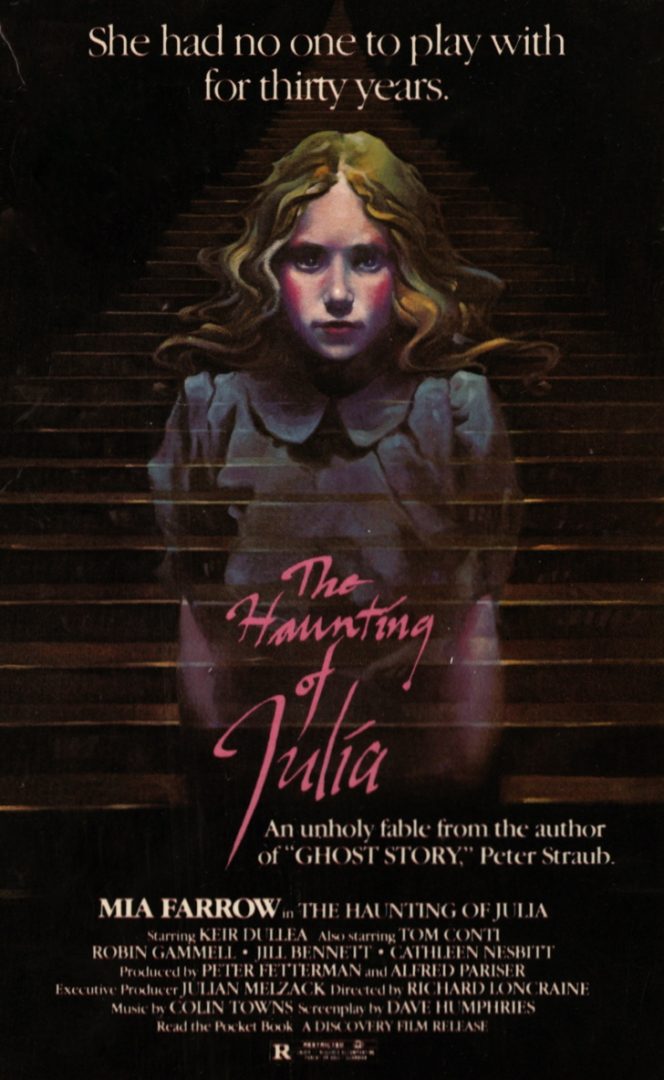 Obscure Horror Cinema: Full Circle (aka The Haunting of Julia)

This week’s obscure horror film is Richard Loncraine’s Full Circle (released in the US as The Haunting of Julia).  This 1977 film is an adaptation of Peter Straub’s novel Julia and stars Rosemary herself, Mia Farrow. Farrow plays a grieving mother who believes that the ghostly phenomenon she is experiencing is her recently deceased daughter trying to reestablish contact, but the truth is far more terrifying. Full Circle is one of the most chilling and atmospheric horror films ever made with an absolutely devastating ending. Farrow gives her usual brilliant performance and the score by Colin Towns is superbly eerie. Why this film isn’t on DVD and more readily available is a tragedy that needs rectification.