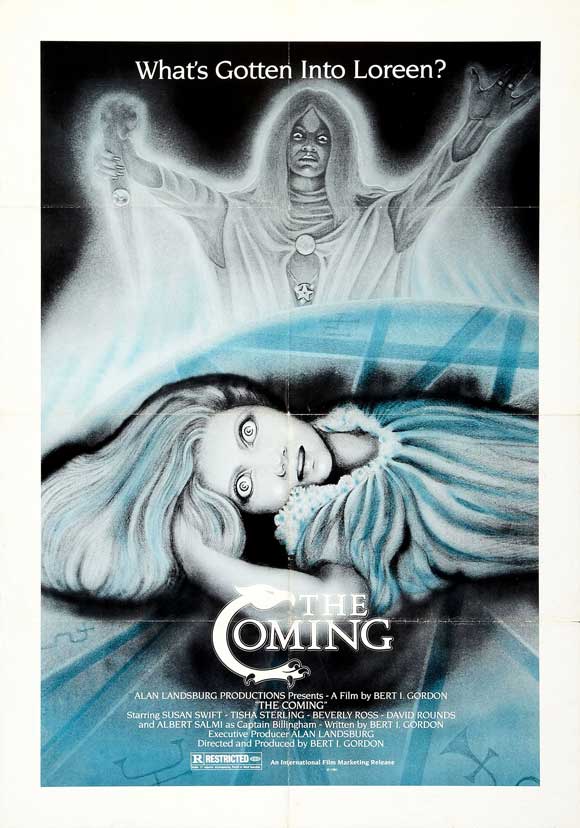 For the U.S., the Salem Witch Trials are ground zero for homegrown horror. Before the country was even a country, the Puritan settlers brought their dour paranoia and obsession with evil and projected these wrathful beliefs onto the bleak New England landscape. Any deviation (whether healthy or unhealthy) was rooted out, condemned, and persecuted as daily life was a constant struggle to keep on the road to righteousness.  At every turn,  Satan and his lascivious minions tempted, teased, and corrupted innocence. The Puritans’ inherent racism and misogyny saw Native Americans and women as being particularly open to the devil’s seductive power and so the majority of the persecutions involved those who had the least amount of status in their new Eden. Witchcraft has always been gendered as female, a power that exists independently of male control and dominance and so witches are a man’s worst enemy. There have been many theories about the motives for the Salem Witch Trials, from land disputes to social climbing to ergot poisoning, but, in the end, life under an oppressively pessimistic and restricted code would have driven any young woman to temporary madness.  Though there are plenty of works of literature and films that try to find a practical reason for the witch hysteria (hysteria, of course, coming from the word uterus) but the most entertaining are those that take the Puritans’ belief in a supernatural cause for the crisis and run with that delusional idea.  Director Bert I. Gordon (who had previously blessed us with Earth vs the Spider, War of the Colossal Beast, Attack of the Puppet People,  and The Amazing Colossal Man) mixed fact with witchy fiction in 1981’s Burned at Stake (yes, I know that no witches were burned in Salem but why let the truth get in the way of a good image?). Using the tried and true revenge from the past trope, Burned at the Stake flashes between 1692 and modern times to tell the story of Loreen Graham, a young woman who is the reincarnation of witch accuser Ann Putnam.  During the witch trials, Putnam falsely accused women of being witches, condemning them to  execution by burning. Unfortunately, Loreen is paying for the sins of her former self as the wronged spirits of those “witches” and their father wreak havoc with her life. Shot in picturesque Salem, Burned at the Stake has a Made for TV feel about it that makes its historical reenactments all the more overly dramatic and endearing (the fact that Alan Landsburg, the creator of  In Search Of… , one of the greatest reenactment shows ever, produced Burned at the Stake is a definite plus).  Heck, even the head witch of Salem herself, Laurie Cabot, was the technical advisor for the film.  Burned at the Stake is certainly not as graphic as other Salem inspired witchcraft films such as The Lords of Salem but it does have a certain authenticity to it that should endear it to anyone who thinks of Salem as the horror capital of the good ol’ USA.  See for yourself: