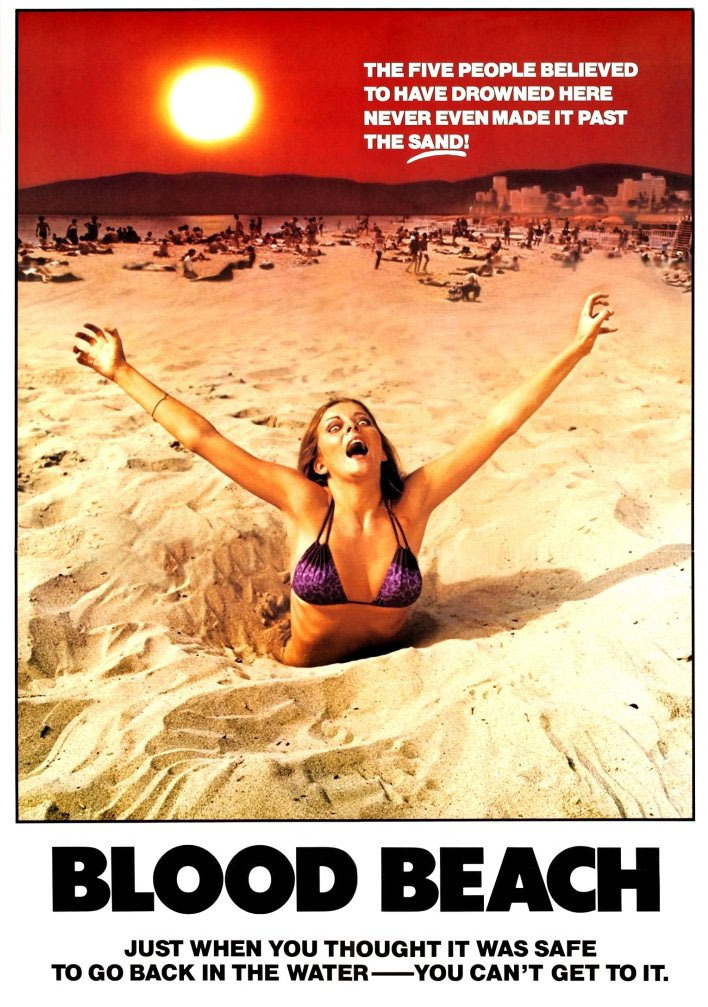 This week’s obscure film was an early 80’s cable mainstay: Jeffrey Bloom’s Blood Beach. Co-produced by the legendary Run Run Shaw (one half of the god-like Shaw Brothers), Blood Beach is the locale for several missing persons (filmed at Venice Beach and Santa Monica Beach) and severed body parts. An LAPD detective soon realizes its not the work of a serial killer but of something that lurks under the beach. Starring two of the greatest character actors of the 70’s and 80’s (John Saxon and Paulie himself, Burt Young) with some innovative gore ( a rapist is castrated by the predator that hides beneath the sand), Blood Beach does for beaches what Jaws did for the ocean. This movie had to be an influence on Tremors.  Never released on DVD or Blu-Ray in the US, enjoy the early 80’s B-movie ambiance  of Blood Beach!