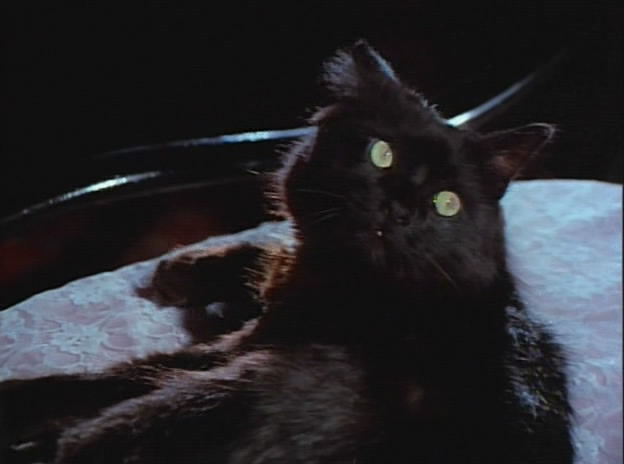 By the mid 70’s, the giallo film had spread all around the world. The Italian genre of thriller (vicious sexualized violence, beautifully staged acts of brutality, narrative logic sacrificed for stylish brilliance) had its imitators in Spain, Germany, France, England, Greece, and even Canada. It would take a little while longer to reach the US with Carpenter’s Halloween and DePalma’s Dressed to Kill.  One country that indulged in this type of film that isn’t always recognized is Mexico, whose horror cinema is often neglected or worse ridiculed. Mexican horror films offer a rich vein of cinematic gold to those willing to explore this wonderful and frightening world. The 1975 Mexican “giallo” Blacker than the Night is a perfect example of how Mexican filmmakers combined indigenous folk beliefs and superstitions with more global horror tropes. The film focuses on four women that spend the night in a house inherited from one of the women’s deceased aunt. There is one condition for claiming the inheritance: they must care for the aunt’s beloved pet, a black cat, who is the actual owner of the house. The cat is later found dead, which begins a series of murders by a shadowy figure. Mixing the supernatural atmosphere of a ghost story with the violent tension of the giallo, Blacker than the Night is a true classic of Mexican horror. Director Carlos Taboda may not be as stylish as Argento (who is?), but he certainly knows how to direct horror with such movies as Even the Wind is Afraid and The Book of Stone making a strong case for Taboda being considered the best Mexican horror director of the 60’s and 70’s. Blacker than the Night bridges the gap between the gothic and the contemporary Mexican horror film, incorporating the innovations of international cinema with the home grown aspects that can only be found in Mexican horror. One only needs to hear the wonderful Morricone/Nicolai inspired score by Raul Lavista to understand that the giallo influenced not only the sights but also the sounds of horror in the 70’s. Blacker than the Night would be remade in 2014 (the first Mexican 3-D horror film), but the original movie still packs a terrifying punch that all the modern technological gimmicks still can’t replicate. See for yourself: