Novel Based On ‘Alien 3’ Draft Due Out This Summer

For those Alien fans still wondering what might have been if William Gibson’s draft was actually filmed for Alien 3, a new novel may slake your thirst.

Gibson–the accomplished s/f and fantasy author whose debut novel Neuromancer (1984) won both the Nebula and Hugo Awards–wrote two drafts for the third Alien film, but they never made it to the big screen.

But now, as reported by JoBlo.com, a 340-page novelization of Gibson’s first draft by Hugo Award winner Pat Cadigan will hit bookshelves Aug. 31. The cover of the novel–published by Titan Books–can be seen on this page.

The novel, as explained, follows the Sulaco on its return journey from LV-426. En route, the ship is boarded by personnel from the Union of Progressive Peoples (P.P.P.) who find hypersleep tubes containing Ripley, Newt and an injured Cpl. Hicks. When a Facehugger attacks, the personnel escape, taking the remains of the synthetic Bishop with them.

The Sulaco continues to a space station called Anchorpoint, where a team of Colonial Marines and scientists board the ship and are attacked by Xenomorph drones. During the battle, Ripley’s tube is damaged and Newt and Hicks are awakened.

Meanwhile, the U.P.P. sends Bishop to Anchorpoint, where Hicks hears rumors of experimentation–the cloning and genetic modification of Xenomorphs. These experiments, according to the synopsis, “could yield a monstrous hybrid–and perhaps even a Queen.”

This novelization follows a five-part comic book adaptation of Gibson’s second Alien 3 draft by Dark Horse Comics (2018-2019) and an audio drama from Audible (2019), with Michael Biehn (Hicks) and Lance Henriksen (Bishop) reprising their roles from the Alien franchise.

Cadigan has other genre novelizations to her credit, including those for Cellular, Jason X and several episodes of The Twilight Zone.

Keep reading Horror News Network for the latest on the ever-popular Alien franchise. 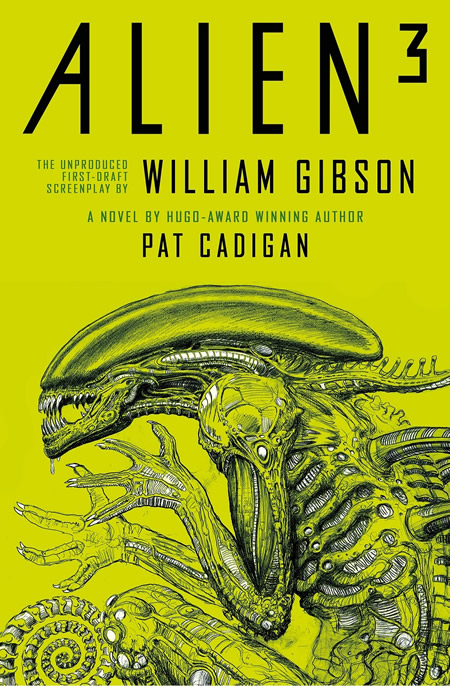