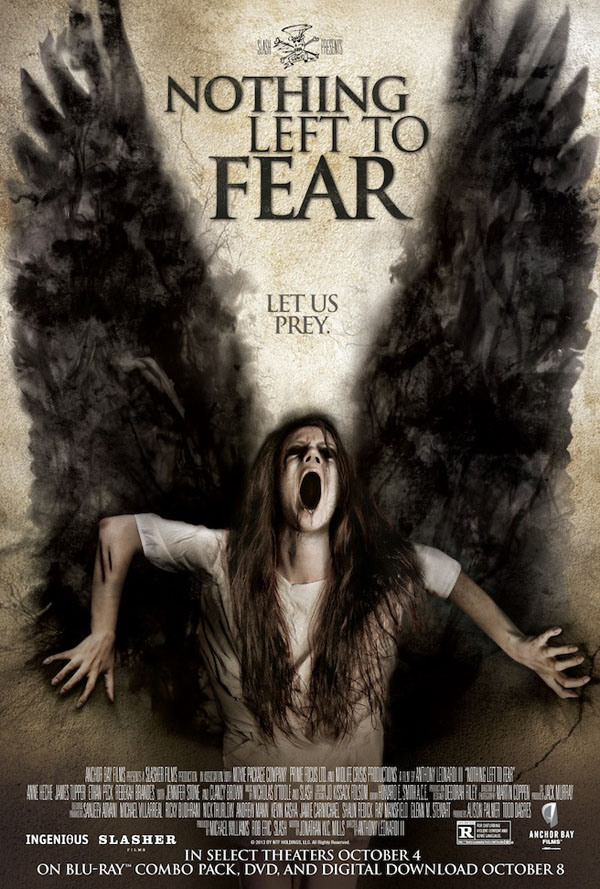 Nothing Left to Fear Poster Revealed

We received a poster for Anthony Leonardi III’s Nothing Left to Fear,  produced by GNR’s Slash The film will arrive on Blu-Ray Combo Pack, DVD, and On Demand Tuesday, October 8, 2013.

The movie is described as:
Nothing Left to Fear is the tale of a family whose journey towards a better life in a small town is savagely derailed by a charismatic but emotionally conflicted man of the cloth. The movie is based on the actual town of Stull, Kansas, which is surrounded by Internet folklore proclaiming the town to be one of the seven gateways to Hell.