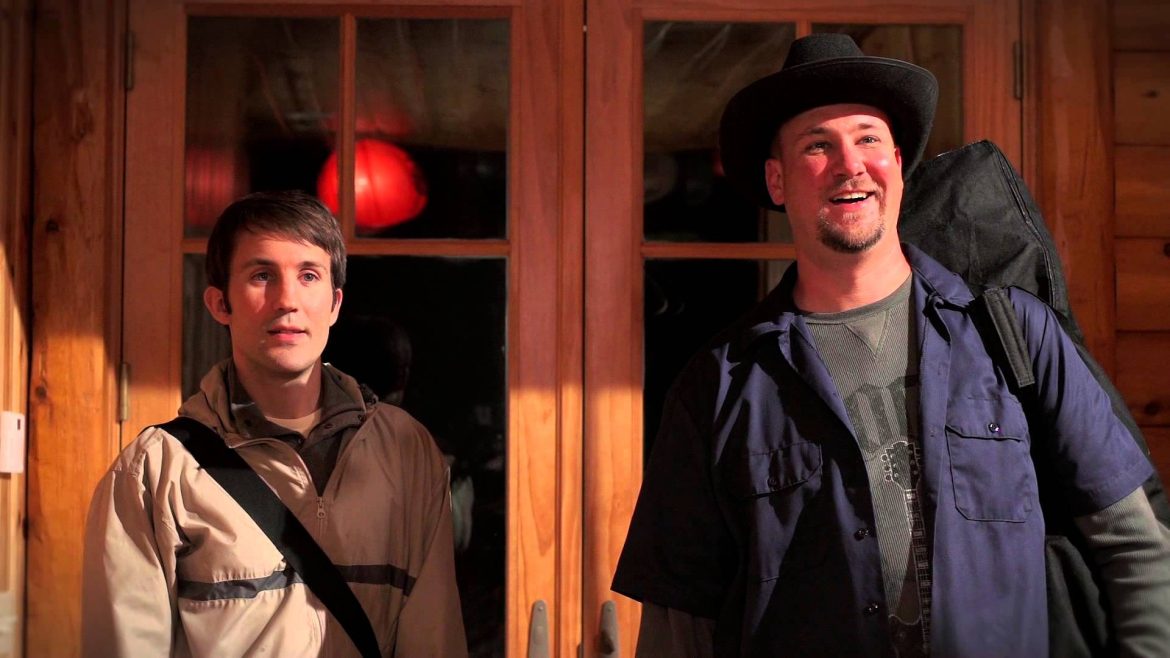 Not Just Another Cabin in the Woods: A Review of THE CABINING

In the case of horror films, combining the two can be a delicate tightrope to walk.  Showing someone (or many someones) meet their end in horrific ways – while maintaining a spirit of humor throughout – is no easy task.  In the case of The Cabining, the fête is nicely accomplished.  Even the title itself (an homage to The Shining where you just put “–ing” at the end of a word to make it scary) has a bit of humor embedded.

We follow our heroes Todd and Bruce as they embark on a self-imposed exile to an artist retreat called Shangri-La to finish off a screenplay that they haven’t even started writing. Upon arrival at the isolated sanctuary, they meet a group of largely self-important artists on their own quests to create magnificence.  Needless to say, the body count mounts fairly quickly and with great frequency as Todd and Bruce attempt to stay alive, complete their work and not completely lose it as they each become suspects in each other’s minds.

Mike Kopera (“Todd”), who also wrote and the piece, has a good ear for well-paced humorous dialog.  Brother Steve Kopera, who helms the directors chair brings the pieces nicely together. He is able to nicely balance the dance of the dead with the need for the film to never become morose or too serious.  While films like Student Bodies and the Scary Movie franchise have been poking fun at the beloved horror genre for years, The Cabining proves that there is still room for fresh and funny horror comedies. One need only look at Shawn of the Dead, Tucker & Dale vs. Evil and The Cabining to see that humor and horror can be mixed when the writer, director and cast all see the bigger picture in creating such a balanced film.