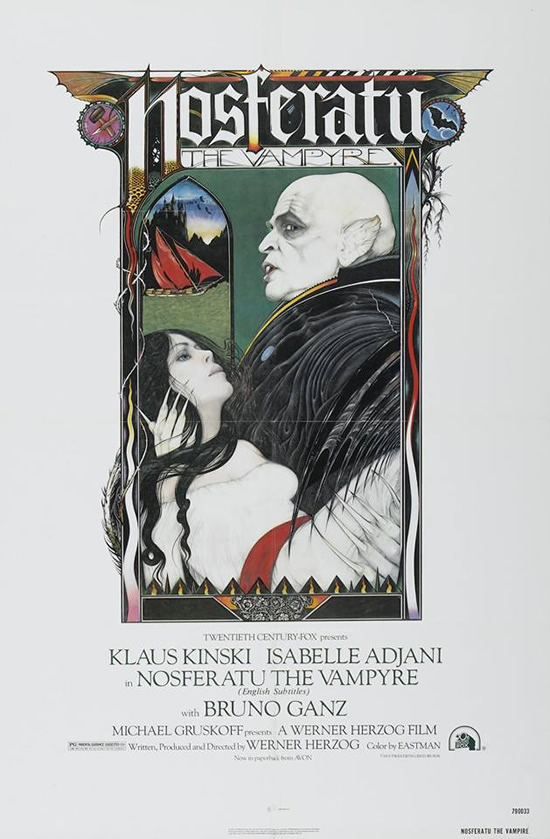 Nosferatu: The Vampyre Coming to Blu-Ray in 2014

Scream Factory announced via their Facebook page that Werner Herzog’s 1979 classic film NOSFERATU: THE VAMPIRE starring Klaus Kinski will be coming to Blu-Ray sometime in 2014.

The movie is described as:
In 1979, award-winning director Werner Herzog and his volatile star Klaus Kinski embarked on a milestone in international cinema: a dual-language remake of F.W. Murnau’s legendary 1922 horror classic NOSFERATU. The film starred Kinski in the performance of a lifetime as the predatory vampire Dracula, with Isabelle Adjani (THE TENANT) as his beloved Lucy and Bruno Ganz (WINGS OF DESIRE) as the doomed Jonathan Harker. Filmed on breathtaking locations throughout Europe and simultaneously shot in both German and English-speaking versions that create fascinating differences in tone and texture, Werner Herzog’s NOSFERATU has since become recognized worldwide as the definitive version of the Dracula legend as well as one of the most extraordinarily haunting horror films ever made.

No other details have been released but we will keep you updated when they come in!