Adapting a successful novel into a television series is no easy task, and translating the nuances of the written word into a visual world can be daunting and a little scary.  It gets even scarier when the source material is Joe Hill’s acclaimed novel NOS4A2.  Luckily, AMC tapped a writer and producer for the project with some experience in the world of horror (Fear the Walking Dead) as well as story -driven, scripted television series.

Horror News Network was excited to speak to executive producer Jami O’Brien about the origins of the project and her work on the new series, as well as her time spent on one of AMC’s flagship series, Fear the Walking Dead.

Horror News Network:  How did you become involved in adapting NOS4A2 for television?

Jami O’Brien:  I had worked for AMC for a long time — I wrote for all five seasons of Hell on Wheels.  When Hell was ending, Emma Miller — one of the AMC executives covering the show — asked me if I’d read NOS4A2. I had not.  But I had read Locke & Key and was a big fan of Joe Hill’s writing.  Emma told me to check out NOS4A2 and let her know what I thought because AMC had the rights to the book.  I picked it up that Friday, read it over the weekend, and just fell in love with the characters.  I pitched a “take” on what the series could be to AMC and, thankfully, they liked it.

HNN:  What were the challenges in adapting Joe Hill’s novel for television as well as writing many of the episodes of the series?

O’Brien:  The novel is beautifully huge and sprawling. It takes place over many, many years and it jumps around in time. Some of the characters don’t meet each other until fairly deep into the book. In order for a television series to work, the characters have to actually be in dramatic scenes together. So in our series, we’ve moved some of the characters closer together, geographically, and we introduce them to each other earlier in the story than they meet in the book.

One of the biggest changes we made early on was to meet Vic McQueen as an 18 year old rather than as the 8 year old we first meet in the book. We did that because I knew we were going to cast an adult actor to play Vic, AND I didn’t want to lose any of the juicy details from that first part of the story. I wanted to see Vic discover her bridge, grapple with her powers, grapple with her home life, and take on Charlie Manx. And I felt that part of the story was so integral to who Vic is as a character, I didn’t want to see it in flashback with a child actor. I wanted to see it with “our” Vic — the actor who would take us through the series…

HNN:  You helped assemble a very strong cast for NOS4A2 with a mix of veteran actors and aspiring new talent.  How has this dynamic worked on set?

O’Brien:  Every time I watch a scene from the show I am humbled by our outstanding cast.  Each and every one of them is a total pro, a phenomenal talent, and a super generous person.  It was a pleasure to see the cast work together and open each other up. 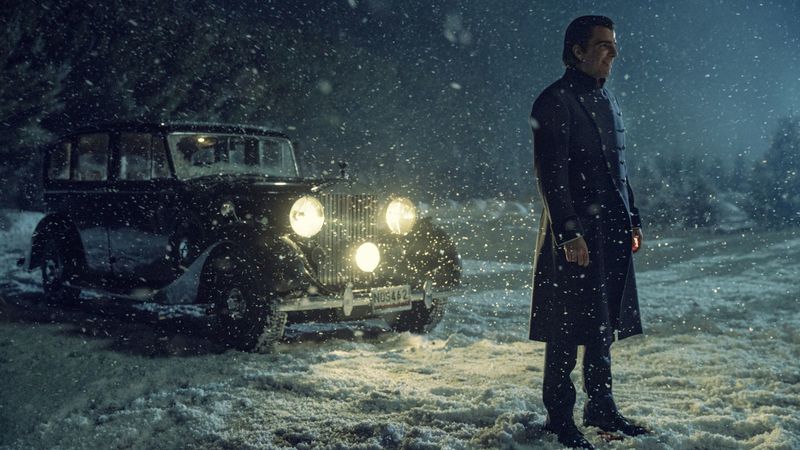 HNN:  Zachary Quinto is well known to fans of science fiction and horror, but fans haven’t seen him in a role like this before.  What does he bring to the role of Charlie Manx?

O’Brien:  In addition to his talent, thoughtfulness, and humor, Zach brings tremendous focus and specificity to Charlie Manx. He created a completely different physicality and voice for each of Manx’s different ages, allowing him to disappear entirely into the character.

HNN:  Aside from the supernatural elements, the series/story is grounded in a very real, complex family relationship between Vic and her parents Chris and Linda.  Why is this element so important to the story (and also so engaging)?

O’Brien:  All my favorite television is about the characters. I don’t tune in to The Walking Dead for the zombies, but for Rick and Michonne.  I didn’t tune in to Breaking Bad for the meth, but for Walt and Skyler and Jesse.  Horror and suspense only work for me if I care about the characters.  One of the things that drew me to the novel was the complex, nuanced, honest way Joe Hill drew the McQueen family and their struggles.  Plus Joe has said that horror is about extreme empathy, and Stephen King has said the best horror is wedded firmly to real life.  Who am I to argue with them?

HNN:  You also recently worked on Fear the Walking Dead season three.  What was it like stepping into the series and taking it in a new direction?

O’Brien:  Memories of the cast and crew?  I loved working on Fear.  Season three was really a border story, a family story, and in some ways a story about both how to build a nation and about our own nation’s origins.  To be able to dramatize big, human drives — for safety, for place, for WATER — in the context of a zombie apocalypse was pretty exciting.  The entire cast was fantastic, but I’m a big Deadwood fan so it was especially cool for me to write scenes for Kim Dickens and Dayton Callie. 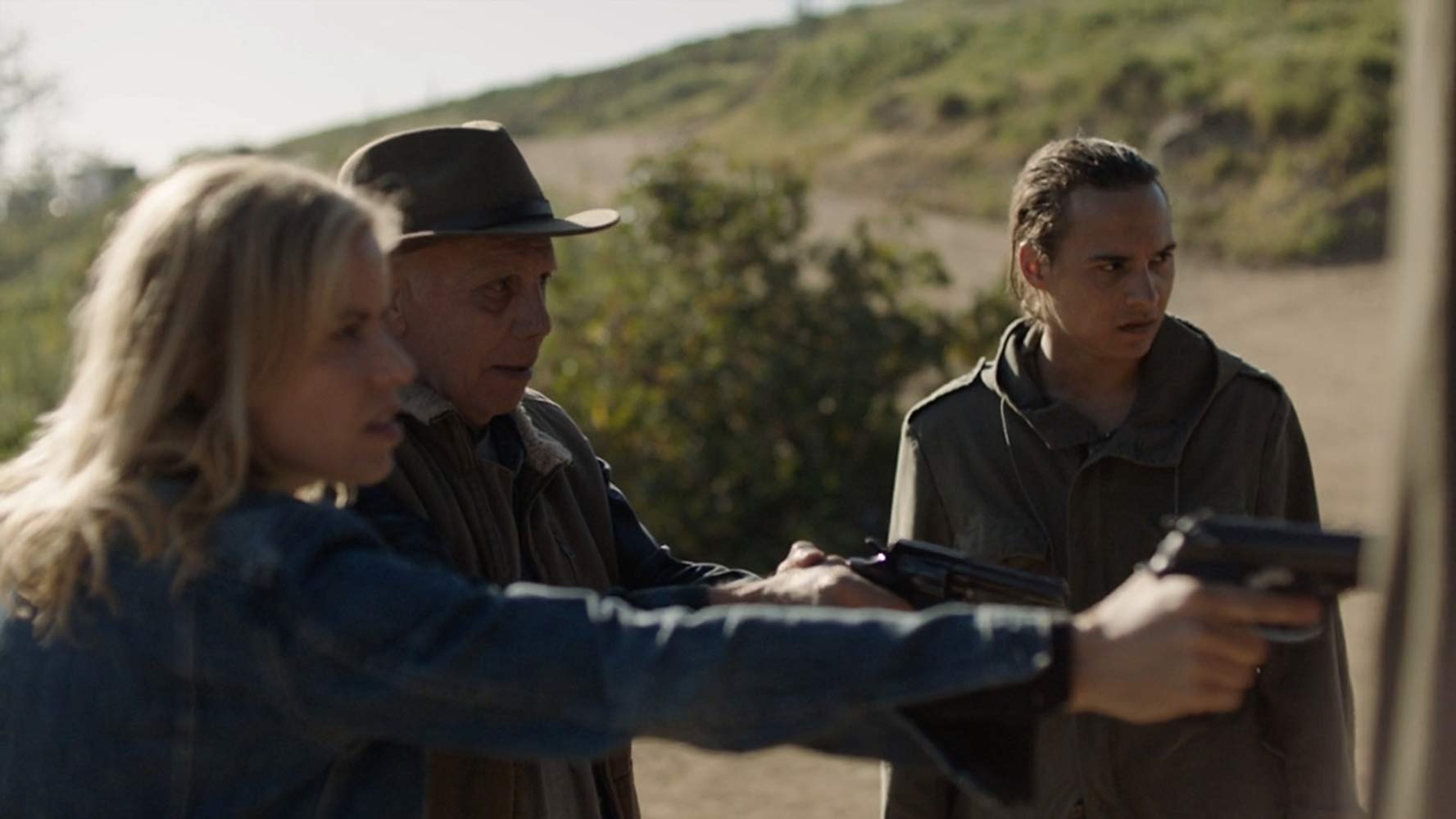 HNN:  How would compare your experiences on Fear the Walking Dead to NOS4A2?

O’Brien:  They’re similar in that both shows strive to balance real world human drama with scary fantasy elements.  I grew up in Massachusetts, so one of the things I particularly love about NOS4A2 is that it’s set in my neck of the woods.  I also love that it’s about a regular, working class girl who takes on a supernatural villain who’s over a hundred years old.

HNN:  Previous to these two series, you hadn’t worked on any horror series.  Is it different than a more realistic production?

O’Brien:  All the shows I’ve worked on have been primarily character dramas set in a specific genre.  In the Hell on Wheels writer’s room, we would always start with the question, “What is Cullen’s story?” Cool, iconic, western sequences would spring from the character discussions because that’s the world the characters inhabit.  With horror, it’s similar.  You start with character, and then the zombies or the supernatural organically earn their way into the stories because that’s the world the characters live in.

HNN:  You have worked with both zombies and vampires.  Which personally frightens you more?

O’Brien:  Charlie Manx isn’t a vampire in the traditional sense… but his worldview, and the ravenous, dangerous way in which he feeds it, are pretty terrifying to me.

NOS4A2 returns to the airwaves on June 1 with a 10-episode second season of AMC’s adaptation of Joe Hill's atypical vampire story.  In a...
Read more

AMC brought its upcoming horror-drama NOS4A2 to the massive 7,500 seat arena at WonderCon in Anaheim, California. Fans in attendance were treated to an...
Read more