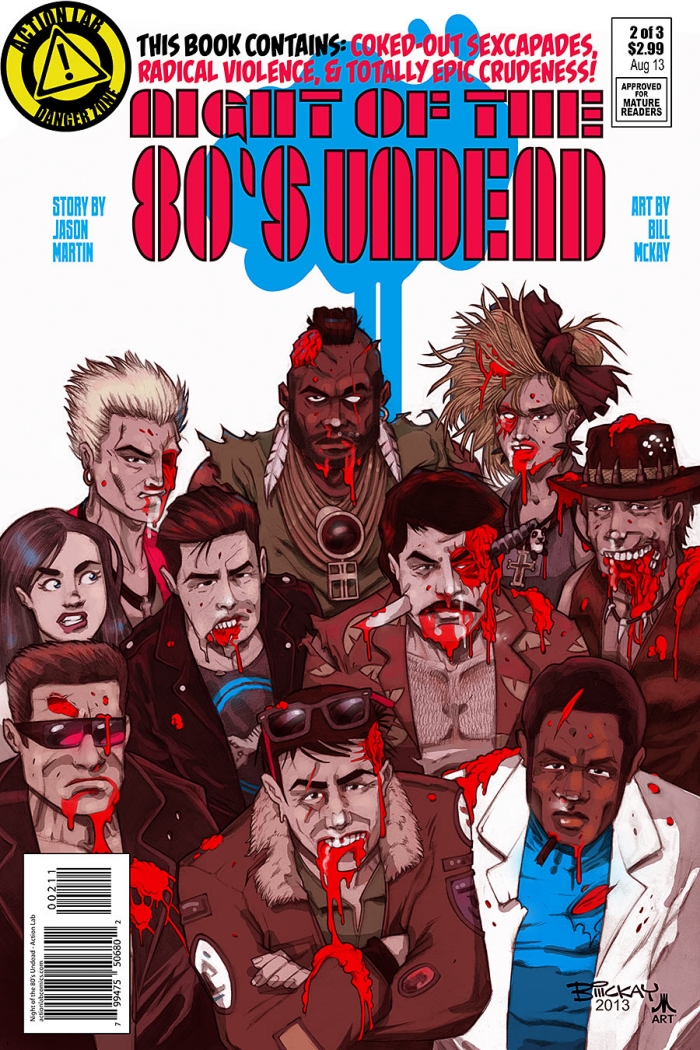 Action Lab Comics has provided us a preview of the new Night of the 80’s Undead comic.

Having broken into the biggest Hollywood party of 1986, our gang of 16 Candles style teens must now survive what’s become a commie coke zombie bash of epic proportions! Can they team up with action stars to do battle with the undead icons?? Are there enough automatic weapons at their disposal?!?