Neve Campbell and David Arquette–two of the mainstays of the Scream franchise–got together for an interview on Good Morning America, and they brought along a new clip from next week’s much-anticipated film.

The snippet, courtesy of collider.com, can be seen on this page. In the teaser, Arquette’s Dewey Riley calls Campbell’s Sidney Prescott to warn her that the horror of Ghostface is happening all over again. 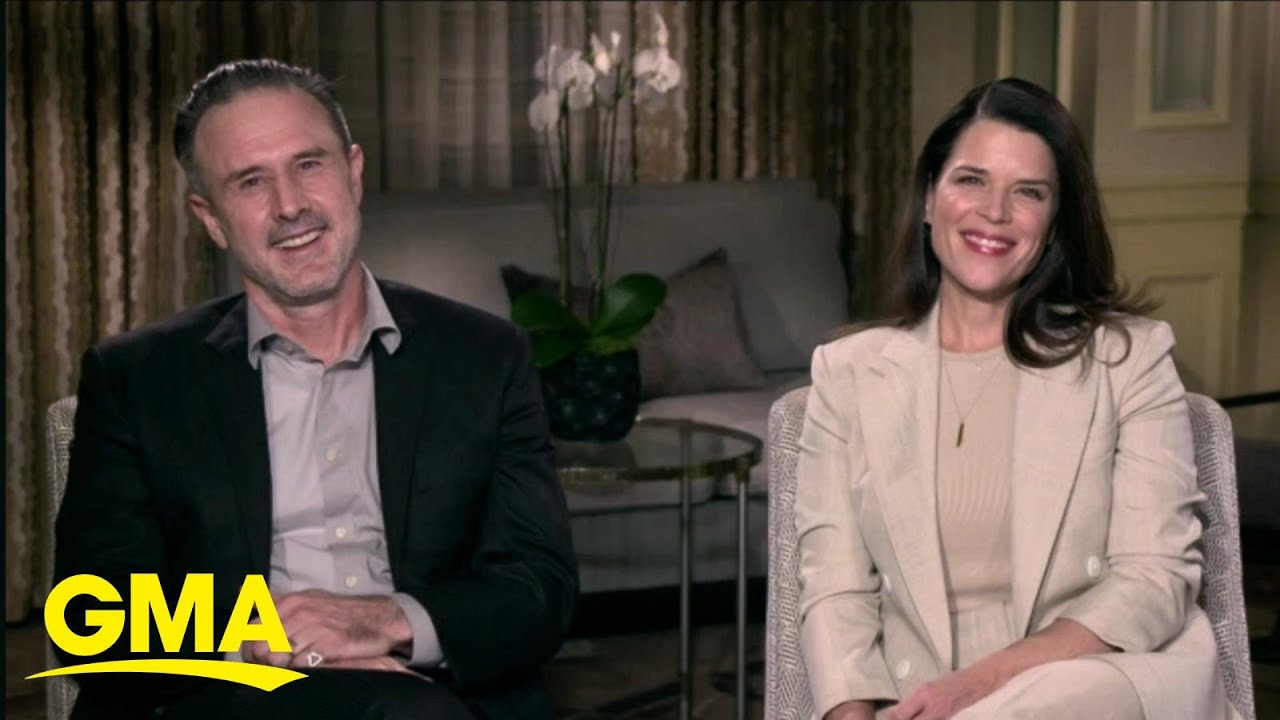 In addition to introducing the film clip, the actors briefly discussed their feelings about the new Scream that hits theaters next Friday, Jan. 14–a decade after Scream 4. Both veterans expressed a sense of comfort, slipping back into their familiar roles.

“I always loved working with Neve and Courteney,” Arquette said, “and it’s great working with them again. The new cast is incredible–it’s like watching us 25 years ago.” He added that the directors “did an incredible job. This movie is a continuation of this incredible franchise. It’s funny, it’s scary.”

Campbell said the whole experience was like “going back to summer camp. It’s a blast.” In describing where her character is in this new film, she declined to give away too much, but said Sidney is “in a good place in her life now. She’s a mother, which brings a whole new level of fierceness.”

This fifth entry in the Scream franchise–directed by Matt Bettinelli-Olpin and Tyler Gillett from a screenplay by James Vanderbilt and Guy Busick–picks up 25 years after the first murders shocked Woodsboro. But now, a new killer wears the Ghostface mask and is targeting a group of teenagers “to resurrect secrets from the town’s deadly past.”

The original 1996 Scream–directed by Wes Craven and written by Kevin Williamson–earned $173 million on a $15-million budget and started the franchise that has already raked in more than $600 million worldwide.

Keep reading Horror News Network for the latest on the new Scream.