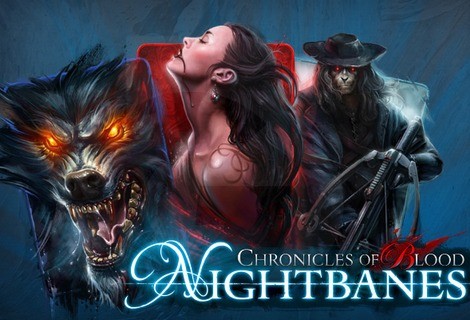 Headup Games have announced a new update for the horror game, Nightbane. Updates include a new region and new cards. Check out the official release below.

The thrilling collectible card game Nightbanes gets extended by a new region and new quests today. What happened after the nuclear incident at the abandoned industrial complex? What abominations spawned this disaster? Collect lots of new cards and prepare for a battle against mutated monsters and demons from the plague plane!

On top of that the Darkcrawler cave will be added as a new raid. What threats are lurking in the cave of the dark woods? Download Nightbanes for free on Steam and find out for yourself! Concluding, a little selection of the swell new cards.

Nightbanes is a digital collectible card game set in an alternate modern horror universe where vampire clans are waging an endless war for dominance. Conquer the underworld as an almighty vampire lord by sending your minions and allies into battle. Duel other lords in different PvP modes or master the single player campaign earning additional powerful cards the further you journey.

Step into modern, urban battlegrounds filled with magic and gruesome creatures. Fight horrifying monsters, werwolfes, wild animals, corrupted humans, and even battle robots, aliens and dragons. Build your deck according to your preferred play style and theme. Run bestial decks that overrun your opponent with the pure mass of creatures, build up a defensive deck and hide behind your lines while slowly draining your opponent’s life, or take control of the battle with powerful artifacts – the choice is yours!