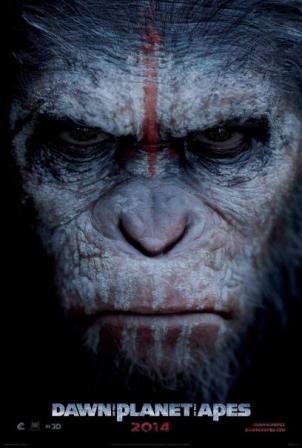 New TV Spot For ‘Dawn Of The Planet Of The Apes’

During tonight’s fourth season finale episode of The Walking Dead viewers were treated to the the first TV spot for Dawn Of The Planet of The Apes from 20th Century Fox.  You can see it for yourselves below!

IN THEATERS MAY 23RD

A growing nation of genetically evolved apes led by Caesar is threatened by a band of human survivors of the devastating virus unleashed a decade earlier.