Just in time for the Halloween season, Amazon Prime Video will unleash the horror/comedy Truth Seekers on a world ready for belly laughs to go with its terrifying tales.

Truth Seekers–an eight-episode supernatural comedy series that follows a team of paranormal investigators that discover and film ghostly sightings across the UK–will debut Oct. 30, according to comicbook.com.

And, to give horror fans a better idea of what to expect from the series, Amazon Prime Video this week dropped a new trailer for their viewing pleasure (check it out below).

The Truth Seekers team members–according to the official synopsis–“stake out haunted churches, underground bunkers and abandoned hospitals with their array of homemade ghost-detecting gizmos.” It isn’t long before “their supernatural experiences grow more frequent, more terrifying and even deadly, as they begin to uncover a conspiracy that could bring about Armageddon for the entire human race.” Sounds perfect for 2020.

The show stars Nick Frost and Simon Pegg–who previously teamed up in director Edgar Wright’s Shaun of the Dead, Hot Fuzz and The World’s End— as Gus and Dave, respectively, of the Truth Seekers team. They are joined by Samson Kayo as Elton, Emma D’Arcy as Astrid, Susan Wokoma as Helen and Malcolm McDowell as Gus’ father Richard.

Truth Seekers is co-written by Pegg, Frost, Nat Saunders and James Serafinowicz, who also serves as executive producer alongside Miles Ketley and Jim Field Smith (who also sits in the director’s chair).

Frost said in a statement, when the series was first announced, that he is “incredibly happy to be making Truth Seekers with Amazon Prime Video. It’s been nothing but a joyride in seeing this mad tale of paranormal conspiracy unfold in all its understated brilliance.” 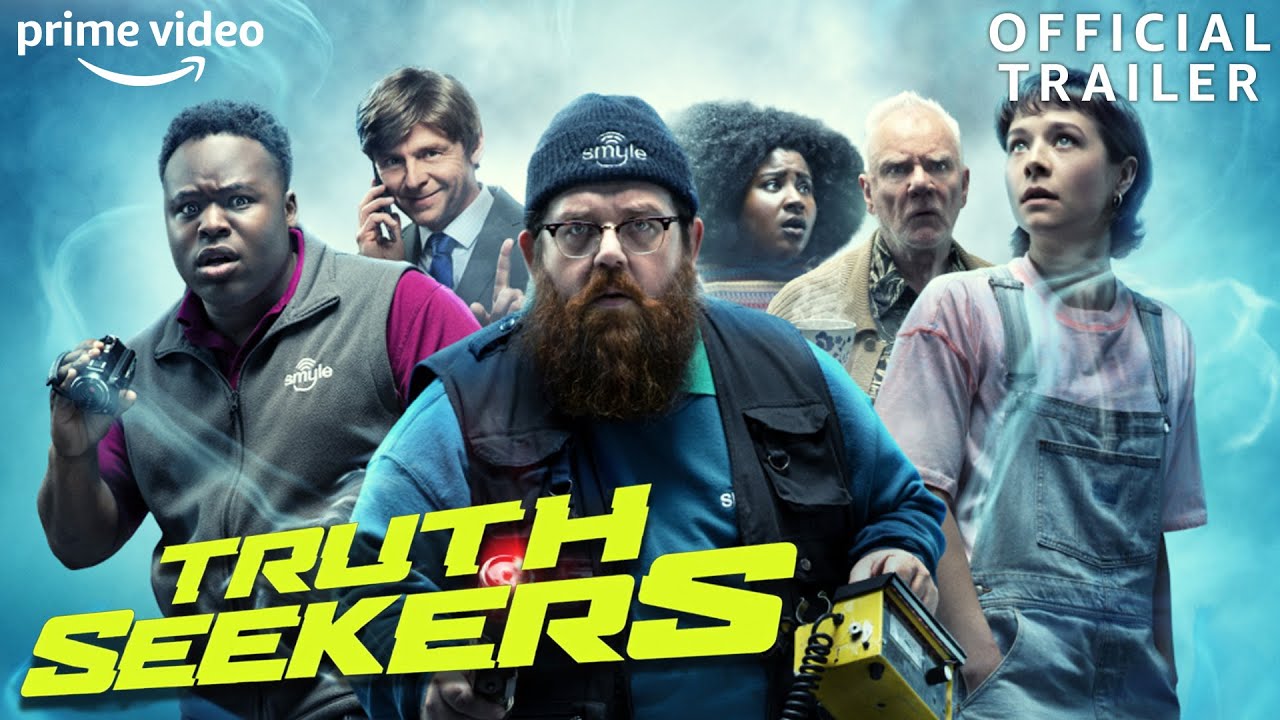