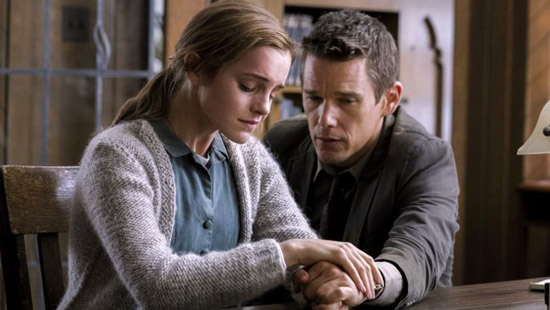 A new trailer for TWC-Dimension’s supernatural horror film ‘Regression’ starring Ethan Hawke and Emma Watson has been released.  Alejandro Amenabar directed the film, which centers around a woman who accuses her father of sexual abuse that he has no memory of. However, after the father suddenly confesses to the crime, a psychologist tries to uncover what is really going on, while the townspeople realize that they have been suppressing memories of horrifying abuse as well.  ‘Regression’ will be released Aug 28. You can view the trailer below.