That thing is stalking them…

The Reef: Stalked–from RLJE Films and Shudder–will splash into theaters and onto the horror streamer July 29, and a new teaser trailer, several frightening images and a poster were dropped this week. Check out all the previews–courtesy of flickeringmyth.com–on this page. 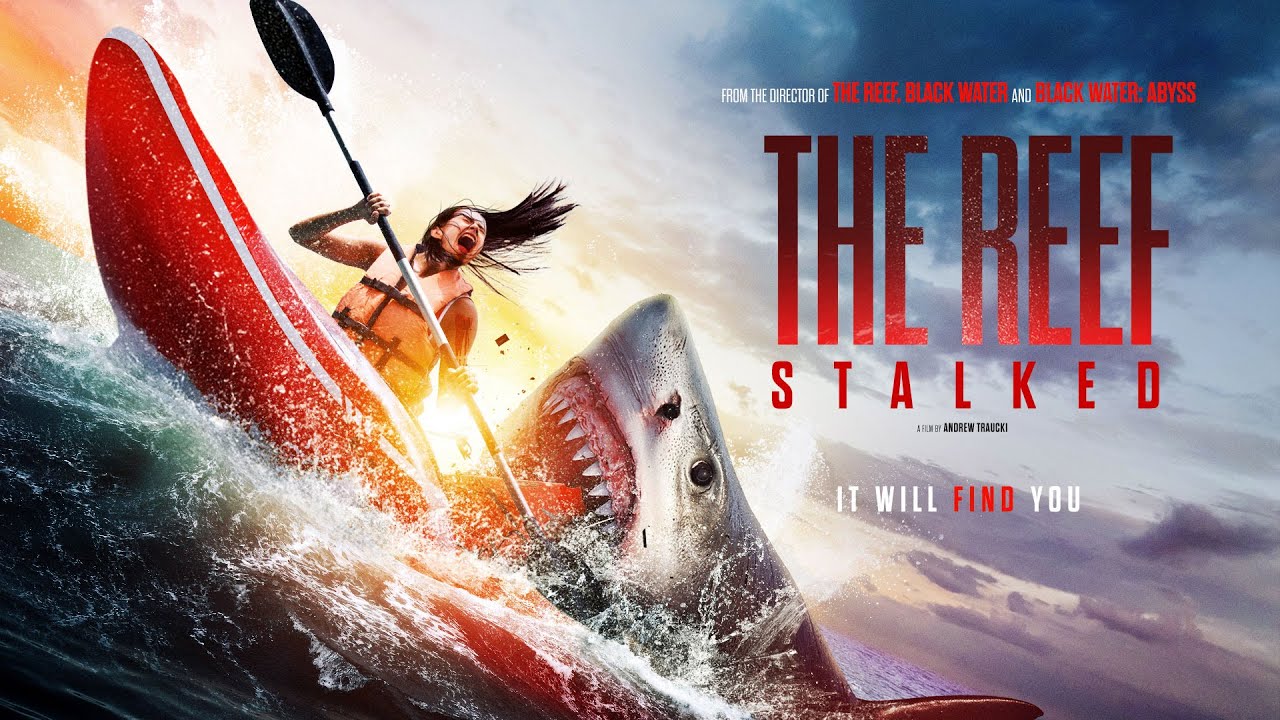 The horror thriller–a sequel to 2010’s The Reef that is again written and directed by Andrew Traucki–follows Nic (Teressa Liane), who takes off for a tropical paradise with some friends for a kayaking and diving adventure “in an effort to heal after witnessing her sister’s horrific murder,” according to the synopsis.

As fate (and the filmmakers) would have it, things go south real fast, as the woman are “stalked and attacked by a great white shark. To survive, they must band together–and Nic will have to overcome her post-traumatic stress, face her fears and slay the monster.” Some vacation.

The original The Reef–which got high marks for its real-life shark footage–made huge waves at the box office, reeling in $4 million on a budget of just $125,000.

Keep reading Horror News Network for any further updates on The Reef: Stalked. Final Trailer Drops For ‘The Reef: Stalked’ Before Friday

‘The Reef’ Sequel Swims Into Theaters, Shudder This July