The Upside Down comes to your kitchen table.

CMON Ltd. is developing a new board game based on the Netflix hit Stranger Things, and this week, the company dropped some interesting tidbits–and a teaser trailer–on the game that’s slated for a 2023 release. Check out the teaser–courtesy of comicbook.com–on this page. 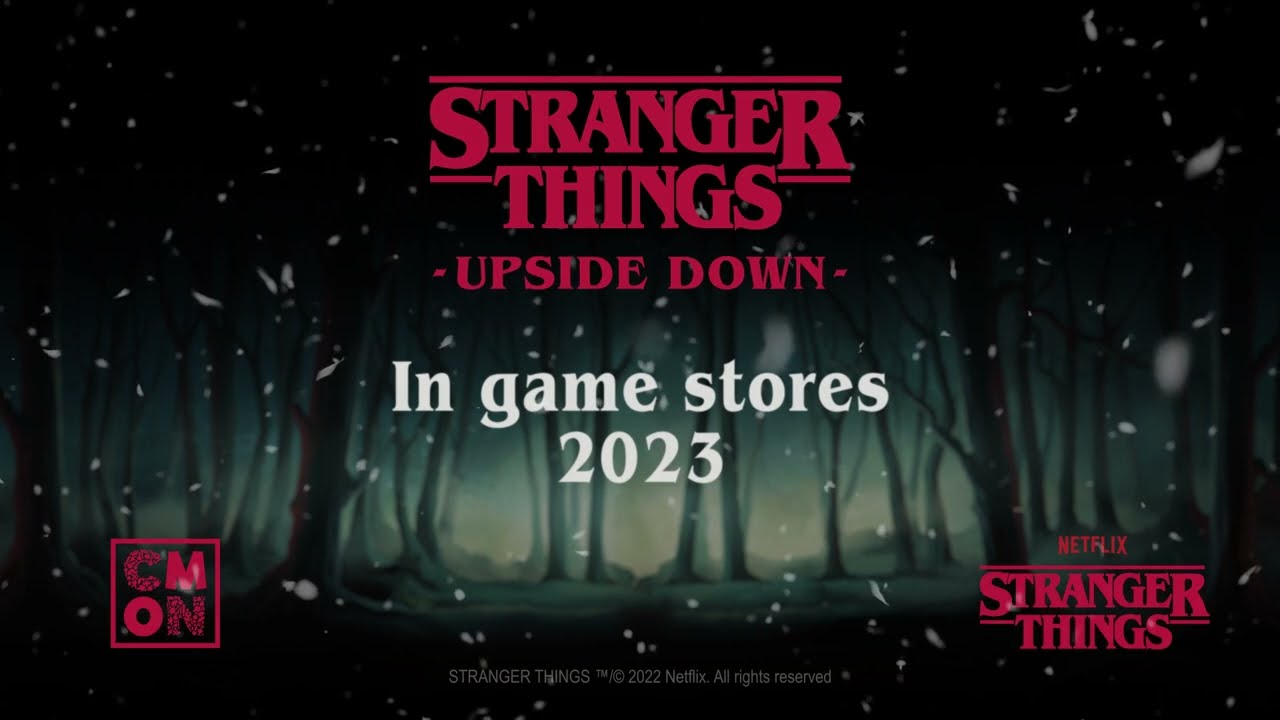 Stranger Things: Upside Down–developed by Rob Daviau (Return to Dark Tower)–will be based on the first two seasons of the show. The game board will have different sides to reflect the different locations that appear in each season.

As explained, players will choose up to four characters from a total of six playable characters–with players moving to different locations to complete specific actions. Each location has chips attached to them, each with a hidden value. The core of the game involves playing cards to beat the secret total of a location.

The characters include Mike, Dustin, Lucas, Joyce, Hopper and Jonathan–with Eleven included as a shared character that players can use to assist. Other series characters–including Barb, Steve and Max–act as allies who grant players extra abilities or benefits.

As with most CMON games, Stranger Things: Upside Down comes with a set of miniatures. All six playable characters have miniatures–along with Eleven, the Demogorgon and a pair of Demidogs.