Rick Grimes and Michonne still have stories to tell.

Andrew Lincoln and Danai Gurira will reprise their fan-favorite characters from The Walking Dead in a new miniseries slated to kick off sometime next year on AMC and AMC+. Check out the striking poster for the series on this page. 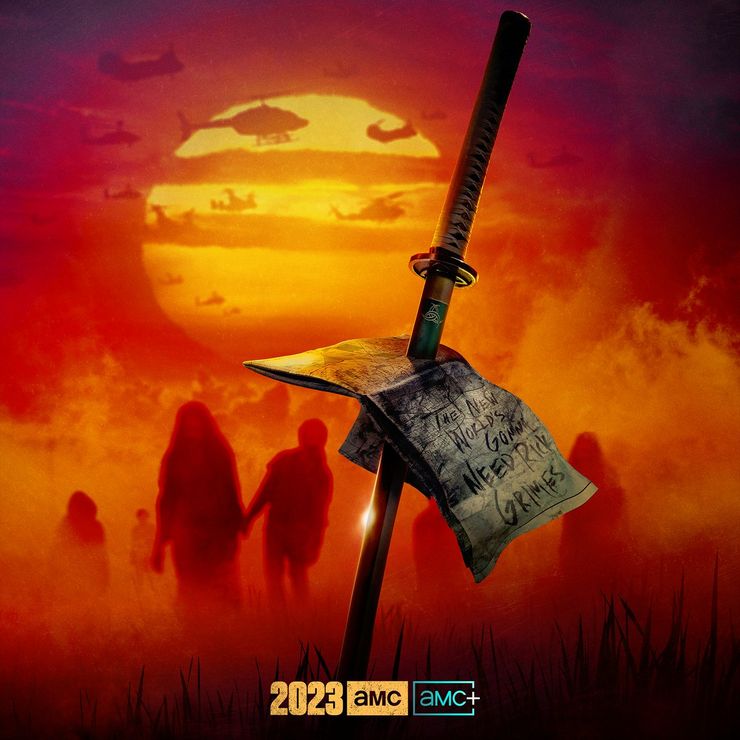 This series–led by showrunner Scott M. Gimple (with Lincoln and Gurira on board as executive producers)–reportedly will replace the film trilogy spotlighting Rick Grimes that had been in the development pipeline for years.

The six-episode series will follow an “epic love story of two characters changed by a changed world,” according to the synopsis. Rick and Michonne “are thrown into another world, built on a war against the dead–and ultimately, a war against the living.”

Plenty of questions remain. “Can they find each other and who they were in a place unlike any they’ve ever known before? Are they enemies? Lovers? Victims? Victors? Are they even alive–or will they find that they, too, are the walking dead?”

Lincoln said it has been “an extraordinary journey playing Rick Grimes for the best part of a decade. It’s fitting that I finally get to complete the story with Danai and Scott and the rest of TWD family.” For her part, Gurira said the opportunity to bring fans “something truly special is just glorious. I can’t wait to pick up the katana again.”

Keep reading Horror News Network for the latest on this spinoff of The Walking Dead on AMC.