It’s always someone you know. Words to live–and die–by.

A brand-new chilling poster for the next installment in the Scream franchise was unveiled this past weekend on the film’s official Twitter account, as reported by cbr.com, and you can check out the tweet and poster on this page.

The image of Ghostface wielding his trademark knife is enough to make horror fans very impatient for the Jan. 14, 2022 theatrical release of this fifth film in the frightening franchise.

In fact, one of the cast members–Melissa Barrera (who plays an as-yet-unknown role in the movie)–recently upped the ante on the suspense by saying she has seen the final cut of the film. “Saw the final cut of Scream,” she wrote on social media. “Y’all ain’t ready.”

Scream–directed by Tyler Gillett and Matt Bettinelli-Olpin from a screenplay by James Vanderbilt and Guy Busick–also sees the return of Neve Campbell as Sidney Prescott, Courteney Cox as Gale Weathers, David Arquette as Dewey Riley and Marley Shelton as Deputy Judy Hicks.

Without giving away the main storyline of the much-anticipated movie, Gillett said this Scream is about “what’s happening right now. There is a large conversation within this film that addresses the conversations we’re all having in our lives about entertainment and media and, specifically, the genre.”

The original 1996 Scream–directed by Wes Craven from a screenplay by Kevin Williamson–follows high schooler Sidney Prescott as she becomes the target of a mysterious killer in a Halloween costume–Ghostface.

Credited with revitalizing the horror genre in the 1990s, the first film earned $173 million on a $15-million budget. To date, the franchise has raked in more than $600 million worldwide.

Keep reading Horror News Network for the latest on the next Scream. 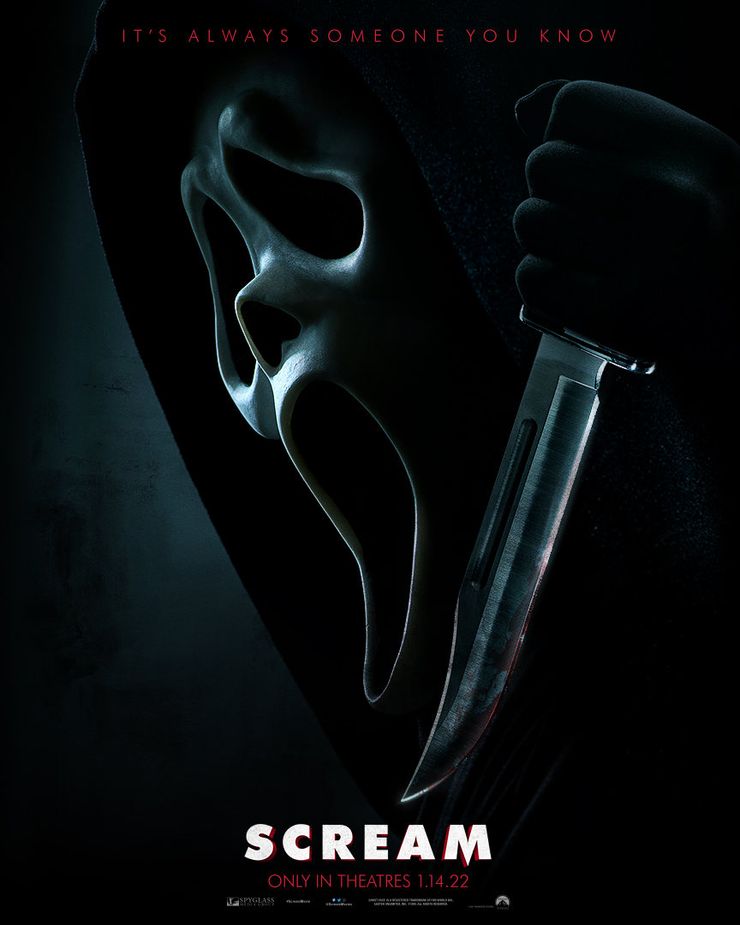