He’s still big, bad and ugly after all these years.

NECA this week rolled out its Ultimate Warrior Predator action figure–described as the “heavy hitter of the Lost Tribe”–to mark the 30th anniversary of Predator 2. Check out the photos of this impressive collectible–courtesy of toynewsi.com–on this page.

This Warrior upgrade stands eight inches tall, boasts 30 points of articulation and features a new sculpt. The wicked-looking accessories include open and closed spears, a battle axe, a flail, open and closed throwing discs, a skull with spine, extendable wrist blades and an attachable blast effect for the shoulder cannon.

The figure–expected to ship in July–can be preordered from Big Bad Toy Store for $41.99. The display-friendly packaging has an opening front flap and foil accents.

Predator 2–directed by Stephen Hopkins from a screenplay by Jim and John Thomas–stars Danny Glover, Ruben Blades, Gary Busey and Kevin Peter Hall as the Predator. Set 10 years after the original film, the sequel focuses on the Predator and the efforts of a police officer and his allies to defeat the creature.

Predator 2–not well-received by critics at the time of its release–has become a cult classic. The film was only a moderate success at the box office, earning $57 million on a budget of between $20 million and $30 million. 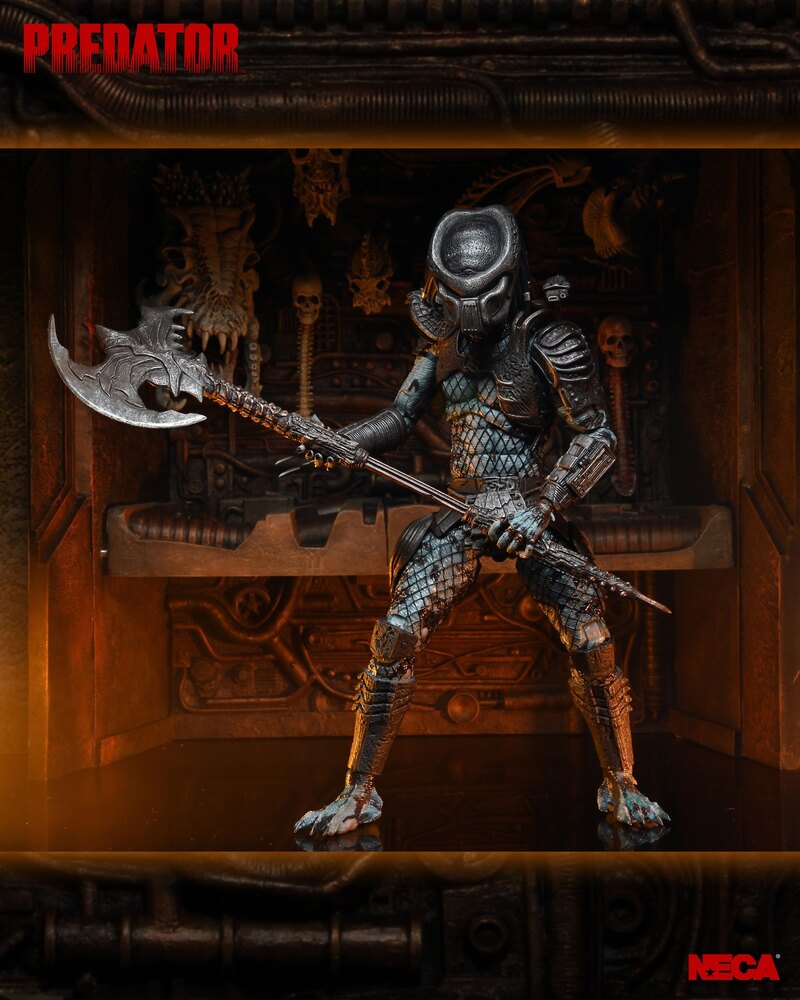 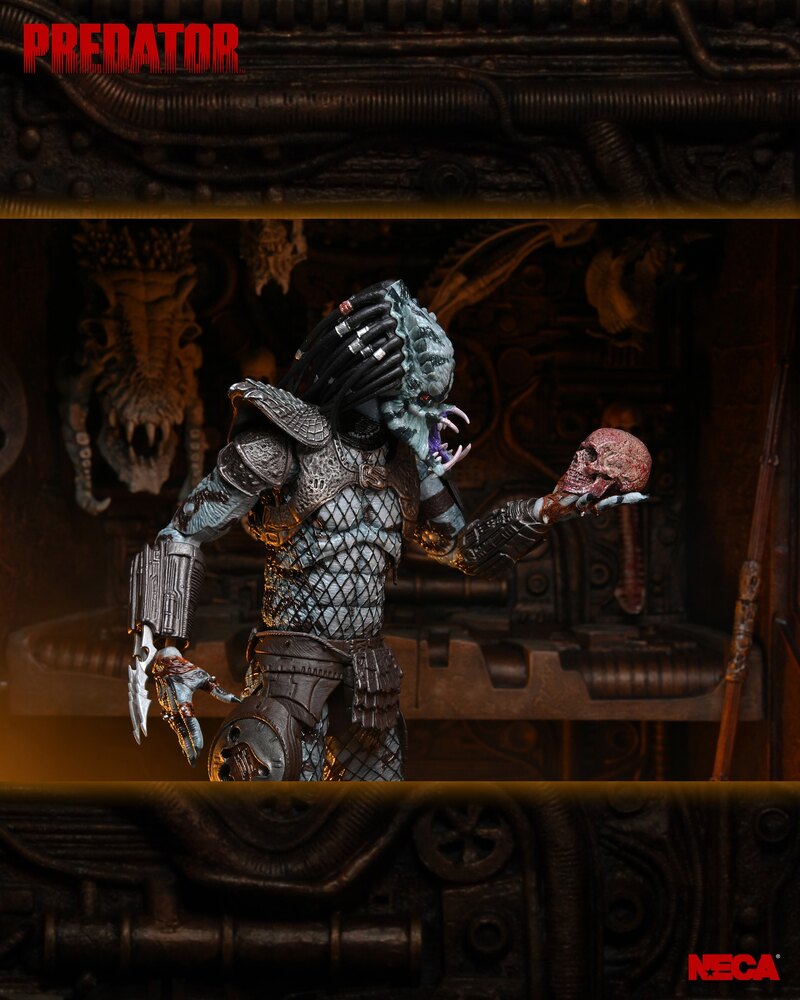 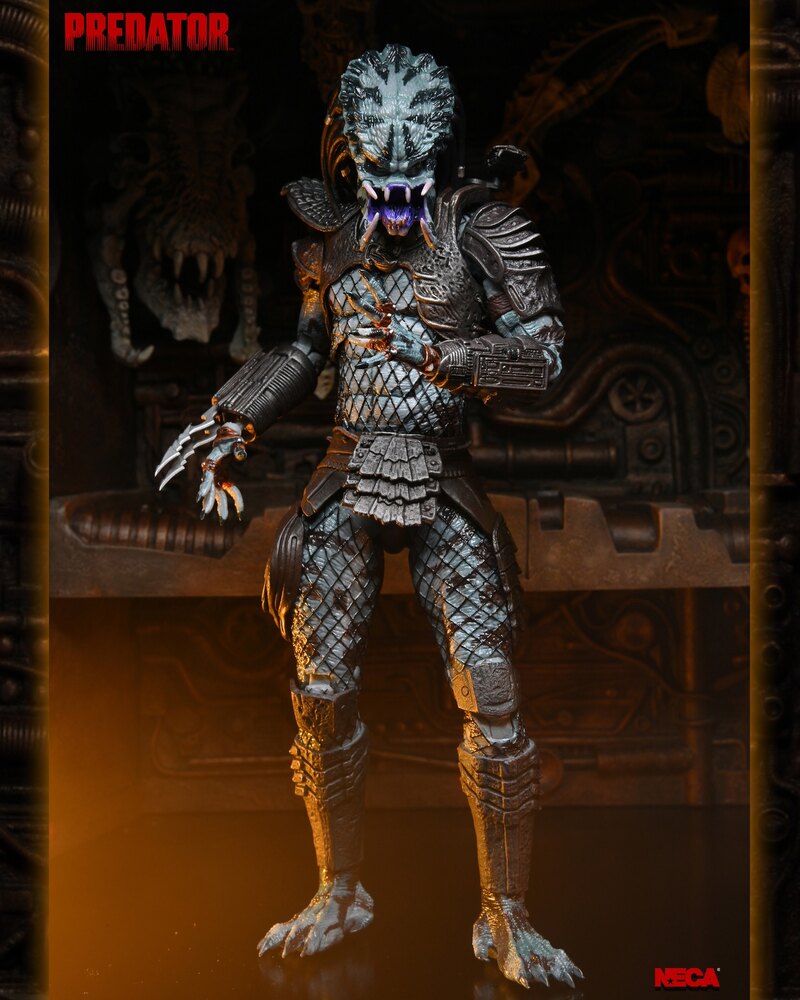