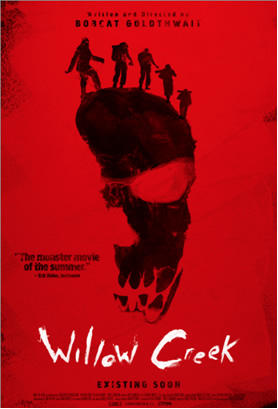 A new poster has been revealed for Willow Creek.

Described by Jimmy Kimmel as “Scary and the Hendersons” and by writer-director Bobcat Goldthwait himself as “The Blair-Squatch Project,” found footage movie Willow Creek is a radical departure in Goldthwait’s career after directing a string of black comedies (World’s Greatest Dad, God Bless America). In the great American tradition of people venturing into the woods and encountering absolutely pants-wetting terror, what starts as two dorks with a video camera having a lark in a national park metastasizes into something much deeper, darker, and queasier.

Set in Humboldt County, California, Willow Creek centers on Jim (Bryce Johnson, Pretty Little Liars) a Bigfoot believer whose idea of a romantic getaway is to head deep into Six Rivers National Forest in Northern California, video camera in tow, trying to shoot his own Bigfoot footage at the site of the Patterson-Gimlin film. That 1967 fragment of footage purporting to show Sasquatch striding along a dry riverbed became a key artifact in the cryptozoology community, and Jim dreams of nothing more than setting foot on the actual location where it was shot. His long-suffering girlfriend, Kelly (Alexie Gilmore, World’s Greatest Dad), agrees to tag along for the ride, despite the fact that she thinks Bigfoot has about as much chance of being real as leprechauns.

The two stop off first in Willow Creek, the Bigfoot capital of the world and home to an annual Bigfoot festival, where various locals talk to Jim’s camera, warning them to keep out of the woods, singing ballads about Bigfoot, and generally enjoying their 15 minutes in the spotlight while Jim and Kelly have a blast, cracking wise amidst all the touristy Bigfoot kitsch on display. But when they strap on packs and head into the forest via a two-hour drive down a dirt road, they start to feel like they might be in over their heads. Well, Kelly does, at least. Jim, as he approaches what he considers hallowed ground, is in heaven.

That night they’re awakened by mysterious sounds echoing through the woods, and whooping vocalizations that might be Bigfoot, but that might also be locals screwing with them. Either way, they’re not welcome here and so Jim and Kelly decide to get out come sun-up but, as they quickly discover, it might already be too late, and as the sun goes down for the second time and they find themselves retracing the steps of Roger Patterson and Bob Gimlin they discover the truth behind Bigfoot and the disturbing meaning of the term “forest bride.”

WILLOW CREEK is in theaters & On Demand June 6th. 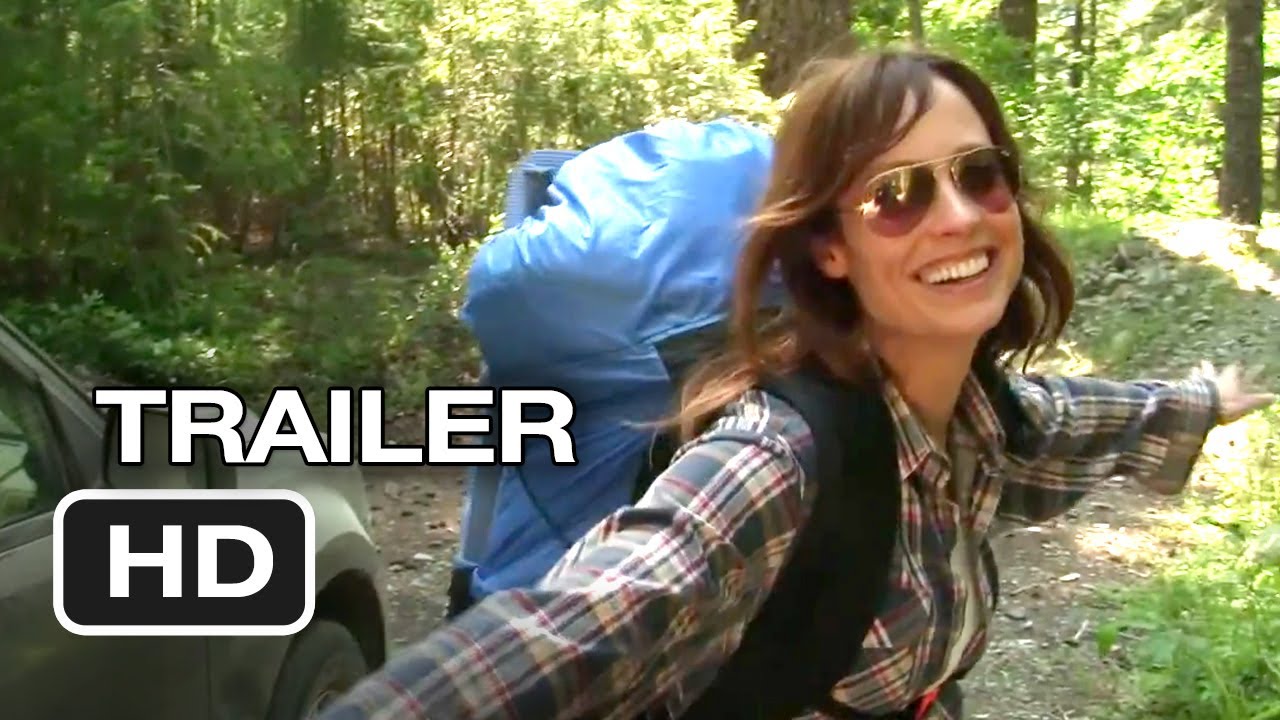