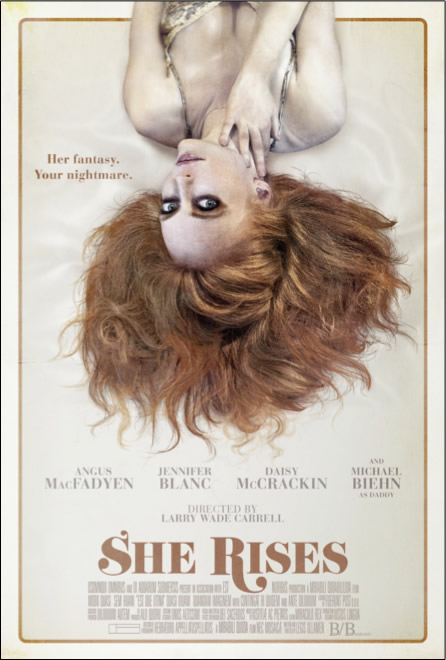 New Poster Revealed For ‘She Rises’

A new poster has been revealed for “She Rises.”

The movie is described as:
A bickering Hollywood couple get lost while driving back from a location in the badlands of America. They’re making a B horror movie but they once had ambitions for so much more. It has made them bitter and resentful. They bring that energy into the humble abode of Rosebud, a young naif who puts them up for the night. Connor, the actor, turns on the raconteur charm, and convinces her they want to cast her in the movie they are making. Kat, the director, just happens to have a camera and turns it on. What happens next is a descent into the cinematic underworld of their worst imaginings, and back. For Rosebud is not the lamb she seems to be. And these two Hollywood swingers, are not predators, they are prey. And they’d better start praying!