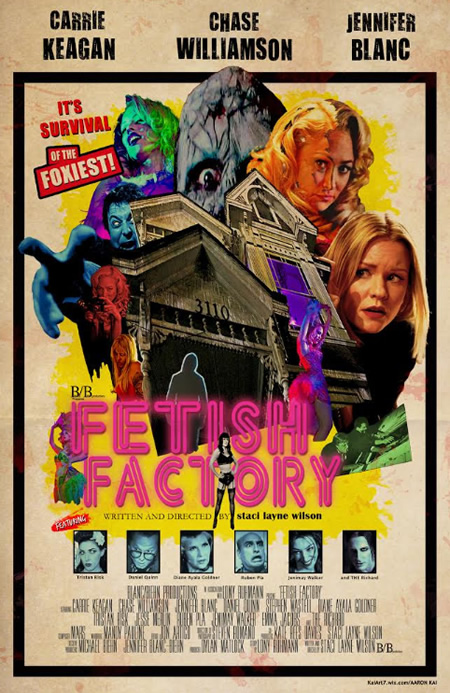 BBP commissioned Los Angeles based artist Aaron Kai to come up with a throwback concept and create artwork that would tell a story – using scenes from the film and building intrigue through visuals just like they did back in the 60s and 70s.

“Fetish Factory” is written and directed by Staci Layne Wilson, based on a story by Lony Ruhmann. The plot centers on pin-up vixens vs. bloodthirsty zombies, and is set in post-apocalyptic Hollywood.

Lony Ruhmann is executive producer, cinematography is by Steve Romano,  and the original score is by Mars Homeworld and introduces new original songs by guitar superstars The Ventures.

It’s SURVIVAL OF THE FOXIEST! in “Fetish Factory”, a thrilling and darkly comic horror suspense film with a heaping helping of vintage burlesque bawdiness.