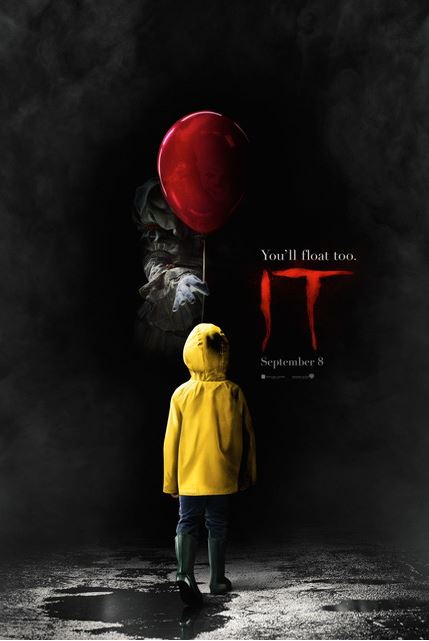 For those eagerly awaiting the remake of Stephen King’s IT, the hits just keep on coming.  Hot on the heels of yet another released still of Pennywise last week comes an even better treat to satiate the horror masses.  The folks over at Warner Brothers have unleashed the official teaser poster, featuring the poor unfortunate Georgie starring down the wicked clown’s hand as the demon clutches the ill-fated red balloon.  For those that have read King’s brilliant novel, the manifestation of this imagery is enough to make your heart beat stronger.  The new poster can be seen below.

Scheduled to be released on September 8th, 2017, the producers of IT have been very slow and deliberate with the film details being unleashed.  While several images of the iconic Pennywise have floated out to the public through various channels, neither an official poster nor a trailer had seen the light of day.  That will all change over the next 24 hours as this movie poster will be followed up by the release of the movie’s first trailer, scheduled to be leaked tomorrow (March 29th).

IT will be directed by Andrés Muschietti (“Mama”), and will star Jaeden Lieberher, Finn Wolfhard, Sophia Lillis and Bill Skarsgård (as Pennywise) among others.  New Line Cinema produced the film, which will be distributed by Warner Bros. Pictures.

Stay tuned to HNN as we anticipate the release of the first trailer shortly. 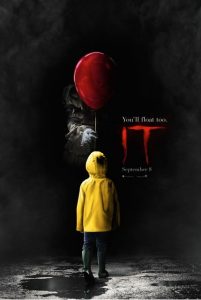