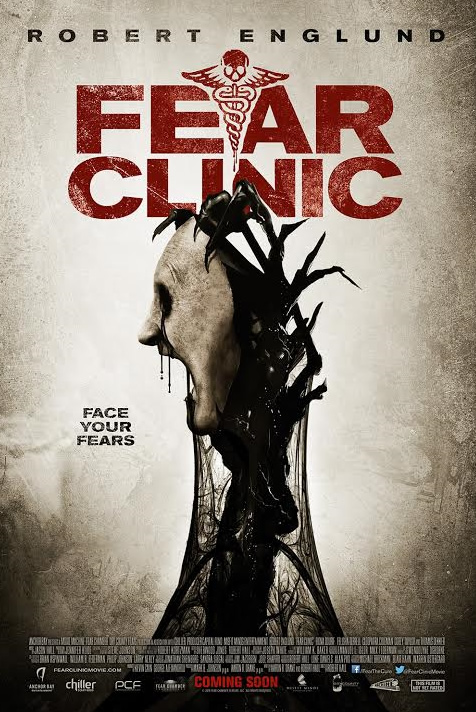 Synopsis
When trauma-induced phobias begin to re-emerge in five survivors a year after their horrifying tragedy, they return to the “Fear Clinic,” hoping to find the answers they need to get cured.

Dr. Andover (Robert Englund), a fear doctor who runs the clinic, uses his Fear Chamber to animate their fears in the form of terrifying hallucinations. However, the good doctor soon begins to suspect that something more sinister may be at work, something that yearns to be more than just a hallucination…

FEAR CLINIC will be released by Anchor Bay Entertainment in early 2015.