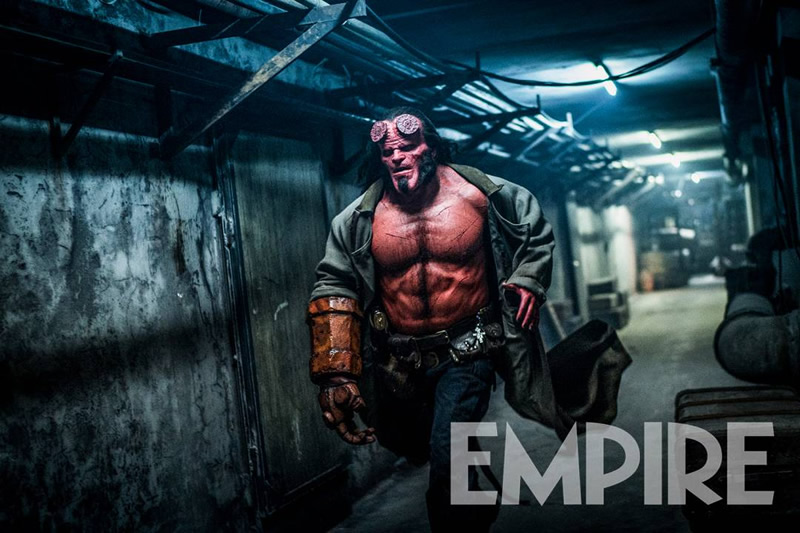 Our friends at Empire revealed a new photo of David Harbour as the titular character in the upcoming Hellboy movie. The still shows Hellboy seemingly preparing for battle as he moves through some sort of tunnel.

“It was always a case of, ‘When in doubt, go back to the source material.’ Some of the stuff is pretty sick,” director Neil Marshall tells Empire in the January 2019 issue. “More violent and more bloody. We weren’t making it with handcuffs on.”

Milla Jovovich will play opposite of Harbour in the role of Nimue the Blood Queen, an evil sorceress who wishes to wipe mankind off the face of the earth. Other cast members include Ian McShane as Trevor Bruttenholm, Daniel Dae Kim as Ben Daimio, Sasha Lane as Alice Monaghan, and Penelope Mitchell as Ganeida.

The film is set to premiere on April 12, 2019. Keep it locked to Horror News Network for the latest on Hellboy.