Werewolves aren’t the only creatures of the night that prowl during the full moon.

Marvel Studio’s highly anticipated Moon Knight series–set to debut on Disney+ March 30–revealed a bit more to fans during Super Bowl weekend, dropping an exciting (but brief) TV spot and a striking poster. Check out both–courtesy of JoBlo.com–on this page. 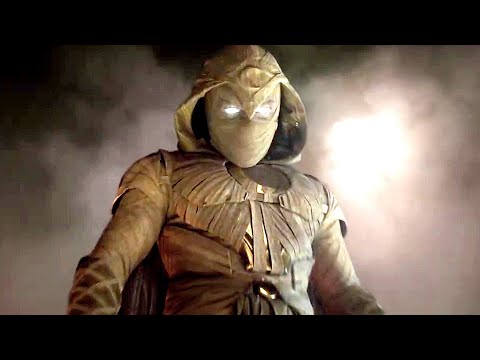 Moon Knight–per the official synopsis–follows Steven Grant, a gift shop employee who becomes “plagued by blackouts and memories of another life. He discovers he has dissociative identity disorder and actually shares a body with mercenary Marc Spector.”

And, as his enemies strikes from all sides, Steven (or is it Marc?) “must navigate his complex identities while he’s thrust into a deadly mystery among the powerful gods of Egypt.”

The six-episode Moon Knight series–created and written by Jeremy Slater–stars Oscar Isaac as the violent anti-hero, Ethan Hawke as the villainous Dr. Arthur Harrow, Gaspard Ulliel as Anton Mogart (Midnight Man) and May Calamawy in an undisclosed role.

Mohamed Diab is on board to direct four episodes, with the team of Justin Benson and Aaron Moorhead helming the remaining two shows.

The Marvel Comics character of Moon Knight–created by writer Doug Moench and artist Don Perlin–debuted in Werewolf by Night No. 32 in 1975. The “moon’s knight”–who enjoyed a strong run in the 1980s–appeared in a new title last summer as a “renegade priest of Khonshu who observes his duty–protecting those who travel by night.” 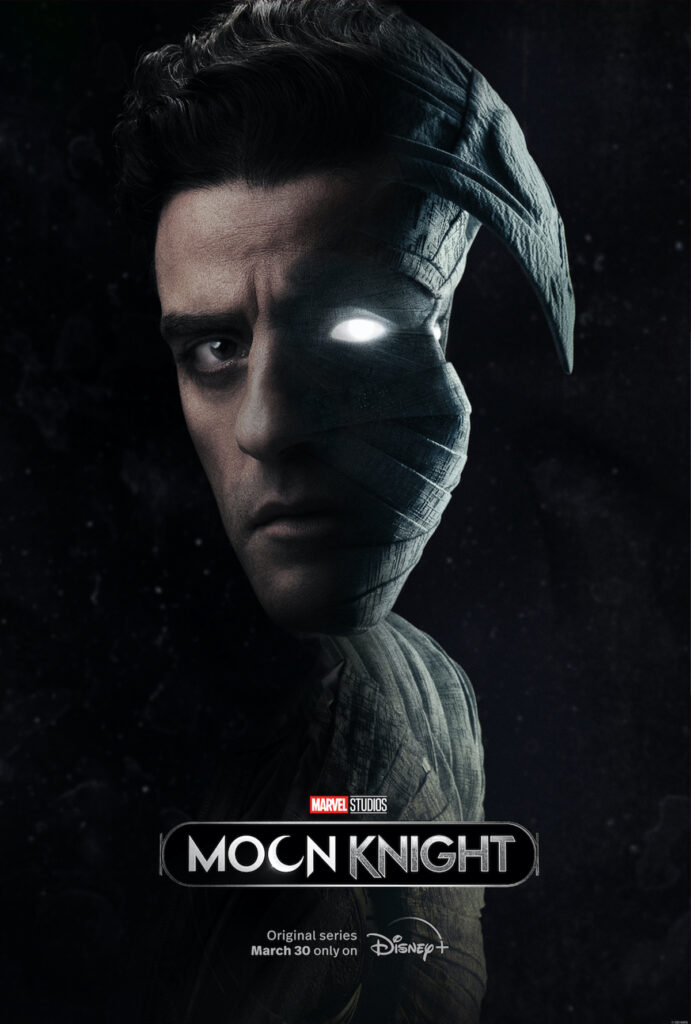 Moon Knight Action Figure Set To Swoop In Next Summer