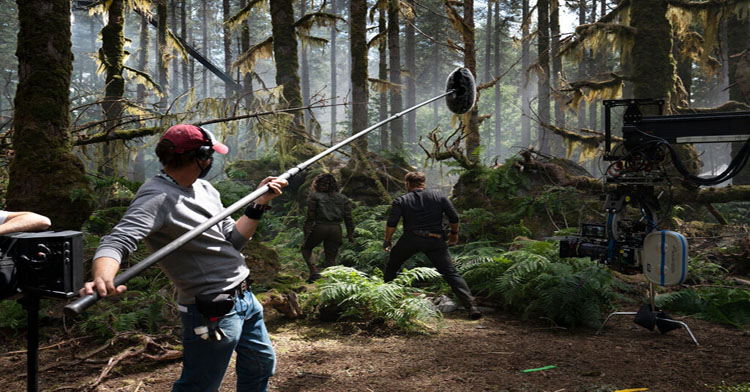 As if 65 million years wasn’t long enough of a wait, Jurassic World: Dominion is finally getting back to production as Universal Pictures has released some images through The New York Times of the the cast and crew hard at work during the trying times of Covid-19.

While on set at Pinewood Studios in England, the studio gave each cast and crew member a 107-page safety manual before they returned to work on the set. It covers specifics such as infrared temperature scanners the cast and crew encounter when arriving and vacuum-sealed meals provided by masked workers standing behind plastic dividers in the cafeteria that is takeout-only.

This is shown in the photo here: 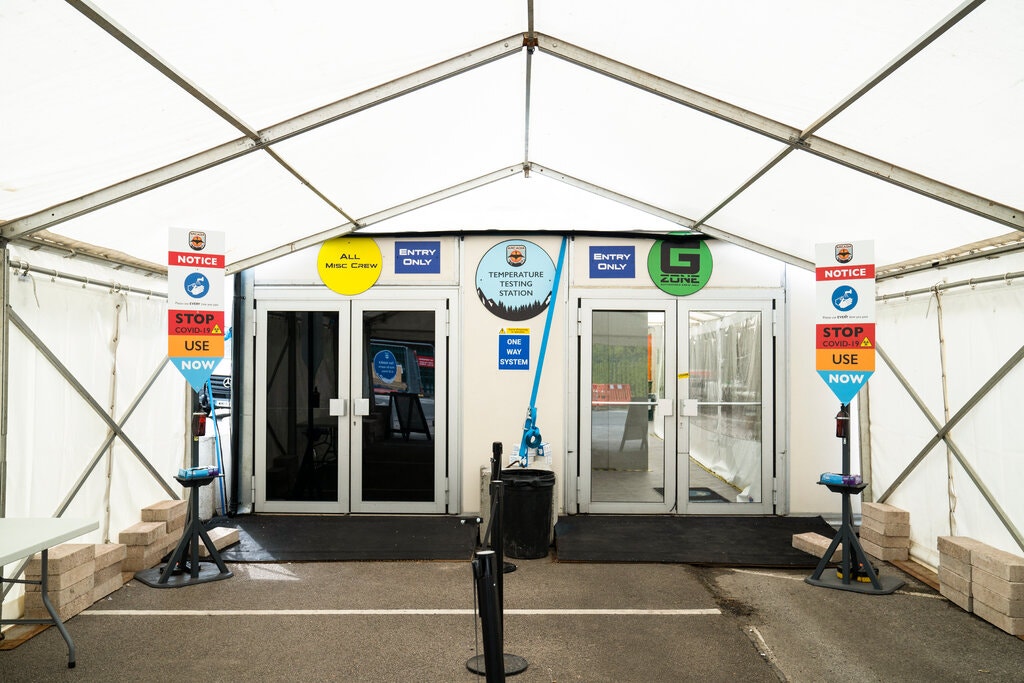 One specific photo shows Bryce Dallas Howard in character as Claire Dearing wearing a mask while examining some dinosaurs, perhaps nodding to the pandemic the world currently faces. 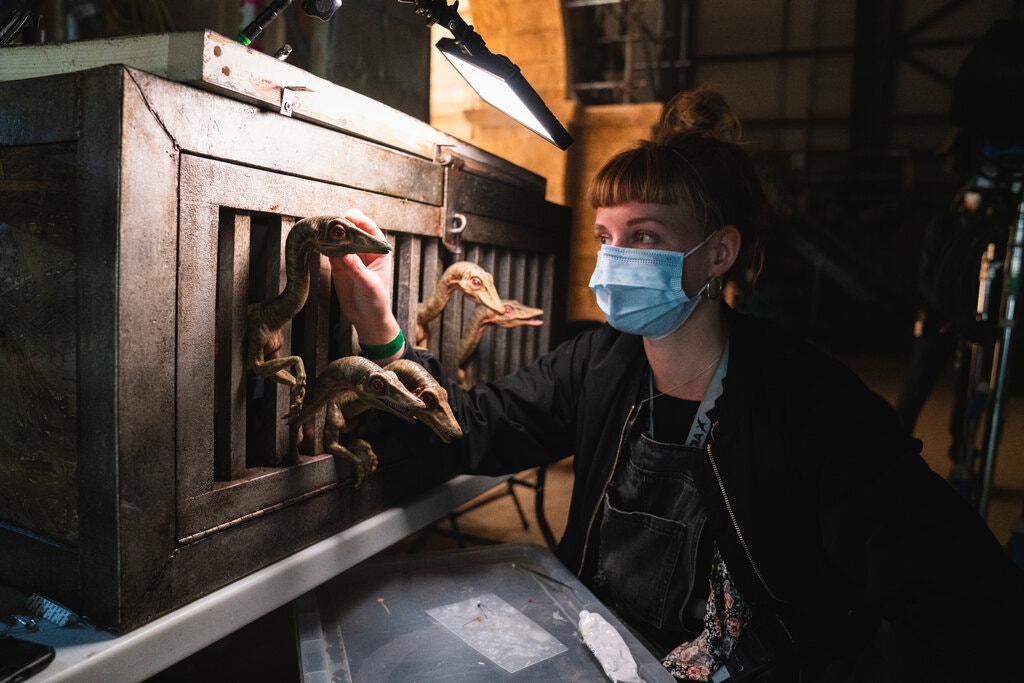 With a theatrical release date set for June 11, 2021, are you excited to see Jurassic World: Dominion is back filming?