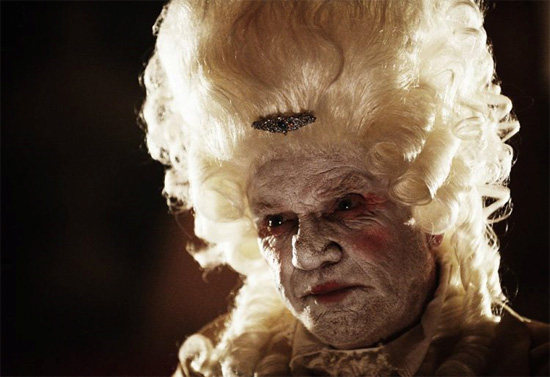 Rob Zombie has posted some new photos from his upcoming horror film ’31’ via his social media accounts.   The film is currently in production and centers around five people kidnapped in the five days before Halloween and made to fight in a place called Murder World as they play the “31” game.  Included is a photo of Malcolm McDowell as “Father Napoleon-Horatio-Silas Murder, the mastermind behind the most dangerous game alive 31” and one of Sheri Moon Zombie as Charly.

You can view the new photos below.