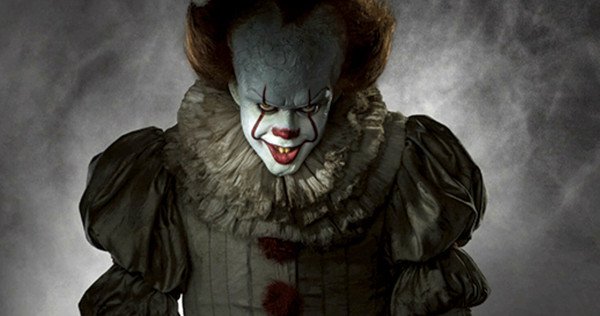 New Image of Pennywise from Stephen King’s IT Released

Horror fans worldwide are chomping at the bit, eagerly awaiting original stills (or how about a trailer???) for the new cinematic adaptation of Stephen King’s IT.  Though due to hit movie screens in 2017, the release of production imagery or details have been held to a deliberate pace in order to build up as much anticipation as humanly possible.  Luckily, the folks over at Empire Magazine are here to the rescue.

In the latest issue of the pop culture publication, a brand-new image of our favorite demonic clown Pennywise will be unleashed upon the masses (see below).  You can view the image on the film’s Facebook page as well, as Pennywise (portrayed by Bill Skarsgard) peers out from the depths of a sewer drain….ready to (presumably) rip poor Georgie’s arm off in an iconic scene from the best-selling horror novel.

The advanced images released for IT thus far have drawn widespread praise from the horror film community, as the new Pennywise has portrayed a much more sinister-looking clown than Tim Roth’s charmingly evil version in the 1990 television mini-series.  Directed by Andrés Muschietti (Mama), the reboot will also star Finn Wolfhard (Stranger Things), Javier Botet (The Conjuring 2), and Jaeden Lieberher (Midnight Special) and is scheduled to be broken up into two separate films.

While the general lack of film details to this point has been frustrating at times, the eager build-up to the movie’s inevitable release has been incredible.  Stephen King’s IT is scheduled to hit theaters nationwide on September 8, 2017.

Stay connected to HNN for more updates as they become available! 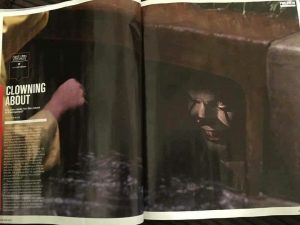