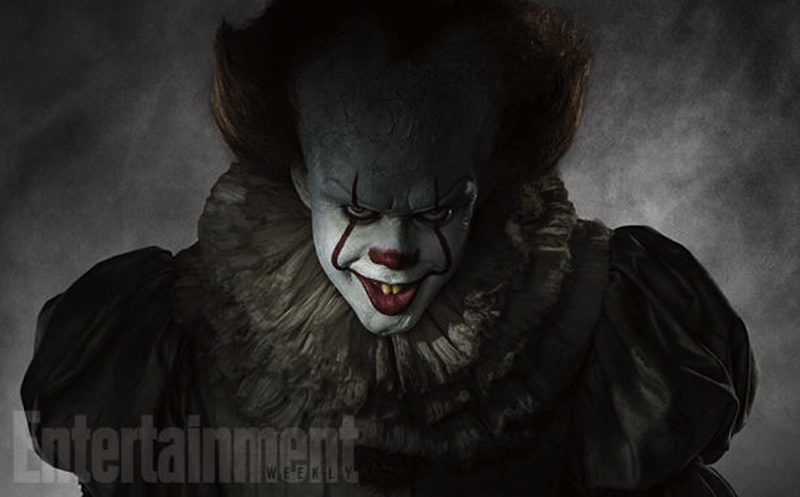 New Image of Pennywise the Clown Released Ahead of IT Premiere

Pure evil continues to have a new face.  Entertainment Weekly has released another photo of the original wicked clown Pennywise, demonic star of the upcoming re-adaptation of Stephen King’s brilliant novel IT.  In the latest promo shot (seen below), the child-killer is peering out from the inside of a large drain pipe.  As we all know, the sewers and underground drainage systems are where Pennywise waits in the shadows, poised to pounce on its unsuspecting victims.

Anticipation is high for the classic novel remake, following up on the 1990 television mini-series.  Bill Skarsgard (Hemlock Grove) will portray the demon clown, which he promises will be a different take on the character than the critically-acclaimed version made famous by Tim Curry.  “Tim Curry’s performance was truly great, but it’s important for me to do something different because of that,” Skarsgard says. “I’ll never be able to make a Tim Curry performance as good as Tim Curry.”

IT, which will be directed by Mama‘s Andres Muschietti, is scheduled to open in theaters on September 8, 2017.  Between now and then, we hope that more creepy photos of Pennywise are leaked to the masses to get the horror masses excited.  Stay connected to HNN for more updates as they become available! 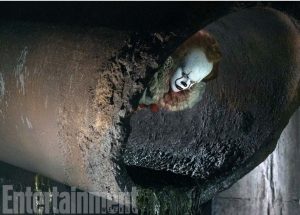