In case you forgot what he looks like, here’s one more look at Michael.

The New York Comic Con–which runs through the end of this weekend at the Javits Center in Manhattan–is a great place to see everything remotely related to the Halloween franchise, and a brand-new poster of Michael Myers from Halloween Ends debuted today. Check out the menacing image–courtesy of Collider–on this page. 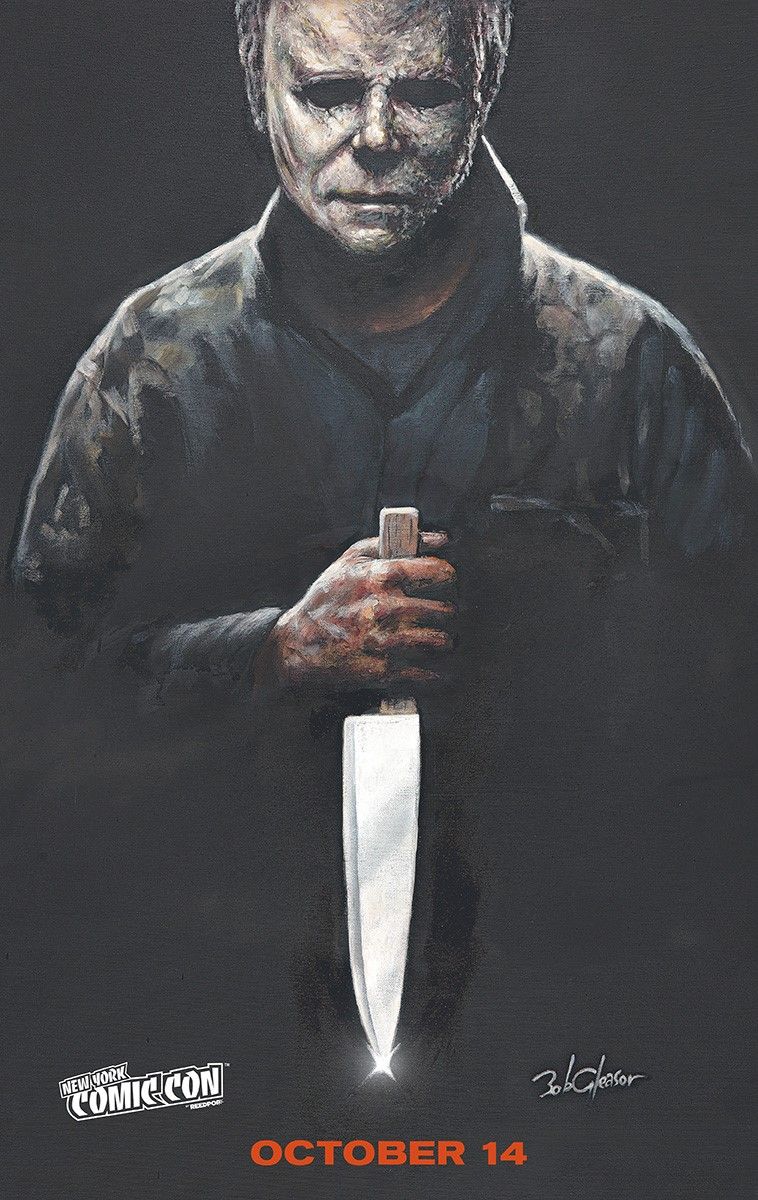 The poster–rendered by Bob Gleason, the artist behind the original 1978 film’s poster–shows the masked killer against a black backdrop, holding (naturally) his iconic kitchen knife. Looking for Laurie, Michael?

The film–set four years after Halloween Kills–finds Laurie Strode (Jamie Lee Curtis) finishing up her memoir while living with her granddaughter Allyson (Andi Matichak). But everything goes horribly wrong when a young man, Corey Cunningham (Rohan Campbell), is accused of killing a boy he was babysitting.

This sets off a flood of “violence and terror that forces Laurie to finally confront the evil she can’t control,” according to the synopsis.